As the congressional watchdog, we have dedicated resources to identify, prevent, and respond to allegations of federal government fraud, waste, and abuse because these can result in misuse of taxpayer funds. That’s your money! For International Fraud Awareness Week, here’s a glimpse at what’s known about the costs of federal fraud, and a look at some of our work to stop it.

The hidden costs of fraud

No one can calculate exactly how many federal dollars are lost to fraud. That’s because not all fraud is detected or reported. Moreover, only a court or other adjudicative system can determine whether a specific act is in fact fraud. As a result, we generally include “potential fraud” in our definition of “fraud” to capture suspicious acts that haven’t been officially ruled as fraud.

In October of 2015, we reported that the improper payment estimate for federal agencies was $124.7 billion, up nearly $19 billion from fiscal year 2013. 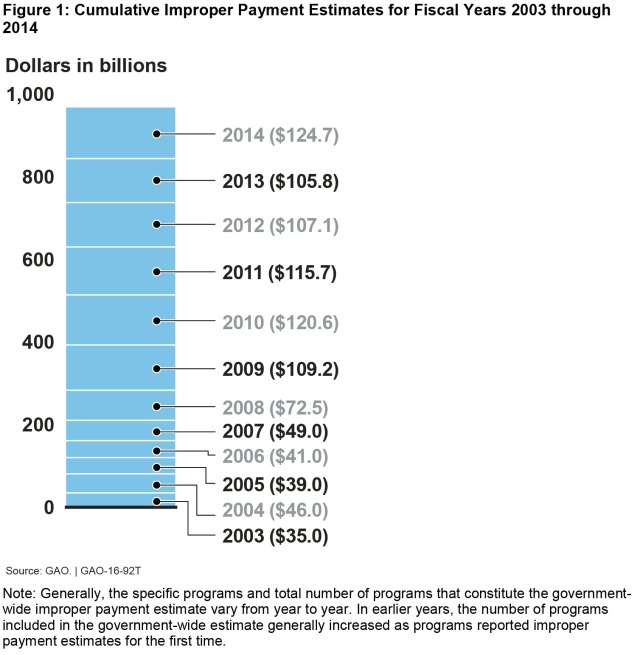 The increase was primarily due to improper payments in Medicare, Medicaid, and the Earned Income Tax Credit programs. 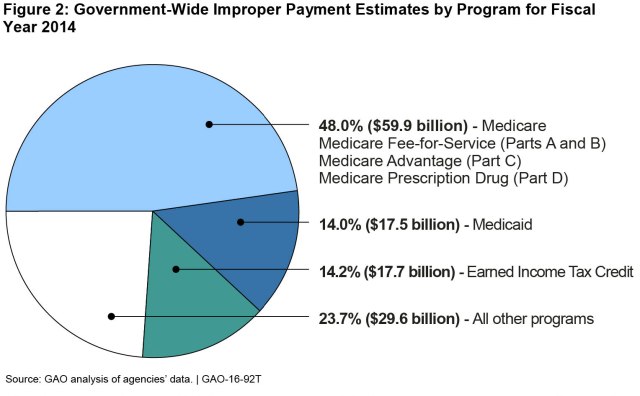 What’s a watchdog to do?

We’ve also looked at potential fraud from those who receive federal benefits, such as people trying to get Medicaid or disability insurance for which they’re not eligible. Businesses, such as those that contract to use VA properties, can also try to commit fraud.

To conduct these and other investigations, we have staff who are subject matter experts on government fraud, including certified fraud examiners, data analysts, and investigators.

To help federal managers proactively prevent, detect, and respond to fraud in a strategic, risk-based manner, we also published the Fraud Risk Management Framework in July 2015.

What should you do if you suspect federal government fraud, waste, or abuse? Contact our FraudNet:

Since 1979, we've provided an outlet for anyone—federal employees, contractors, or members of the general public—to report allegations of fraud, waste, or abuse in federal programs. Our Fraudnet team fields information and tips concerning fraud and ensures the proper oversight entities receive the information.