Congress has voted to suspend the debt limit through March 15, 2017. But how could future lawmakers address this issue in order to save the federal government money and avoid future disruptions? Today’s WatchBlog examines the debt limit.

What is the debt limit?

Listen to Sue Irving, a director in our Strategic Issues team, explain:

Congress used to be involved in the minutiae of taking on debt, for each case approving the type of security, its duration, and interest rate. But the demands of World War I called for a simpler process, and Congress gave more autonomy to the Treasury while setting overall limits on the debt it could issue. During World War II, Congress and the president set a single limit on the Treasury’s outstanding debt obligations, creating the debt limit we know today.

Since then, the debt limit has been increased more than 80 times.

Taking it to the limit

There are a number of extraordinary measures that the Treasury can use to temporarily manage debt near the limit. For example, it can temporarily suspend certain investments to federal employee retirement funds and cash out some of its own investments earlier than normal.

But once all extraordinary measures are exhausted, the Treasury can’t do anything else without action from Congress. If this happens, the Treasury could be forced to delay or even default on payments to investors—such as holders of certain bonds—until money becomes available.

Delays in raising the debt limit can disrupt financial markets—even if action is taken in time to pay investors.

Treasury securities are usually viewed like cash, since you can almost always find someone willing to buy them for what they’re worth, but also considered better than cash, since you’re also earning money on them.

However, when the nation neared the debt limit in 2013, investors feared not being paid on time and reported avoiding certain Treasury securities. As buyers of securities dried up, investors couldn’t unload their securities and the Treasury’s cost for selling the nation’s debt to investors increased. This ultimately added costs for American taxpayers. 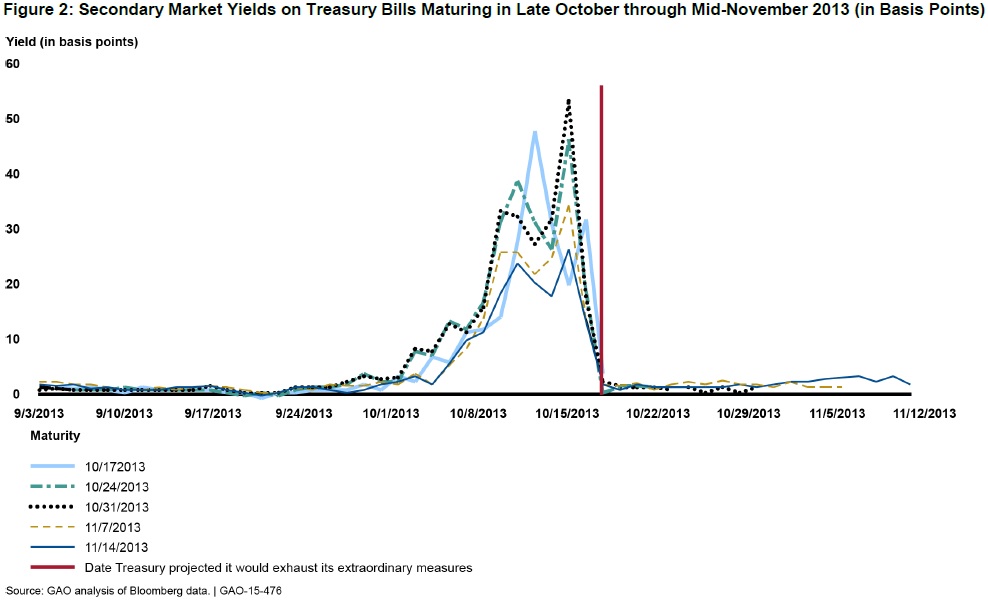 What are the alternatives?

Through interviews of budget and policy experts and an interactive web forum, we identified 3 potential approaches: