Thousands of men and women in uniform have reported being sexually assaulted, but many more likely never file a report. In fiscal year 2014, the Department of Defense (DOD) received 5,284 reports of sexual assault involving both male and female military servicemember victims, as shown below. 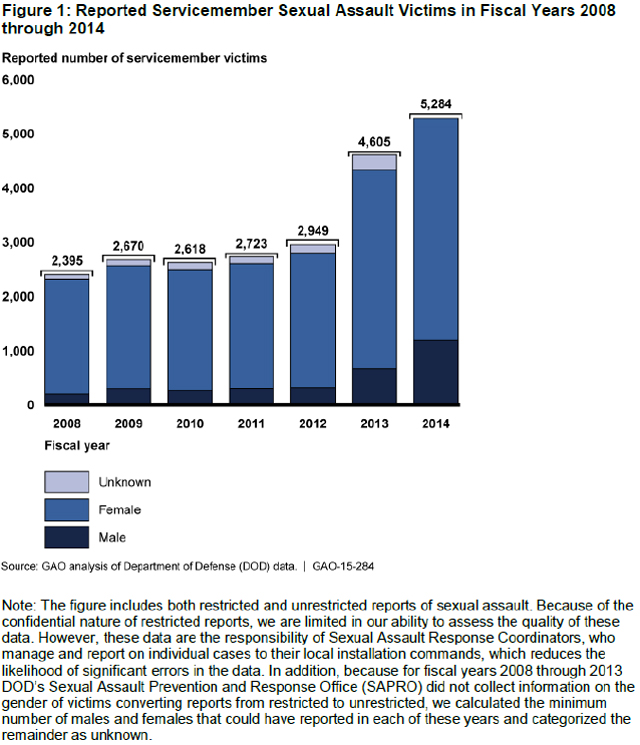 However, DOD estimates that the majority of sexual assaults within the military go unreported. Based on active duty servicemembers’ responses to a 2012 survey on workplace and gender relations, DOD estimated that 26,000 military servicemembers experienced unwanted sexual contact in the prior year. 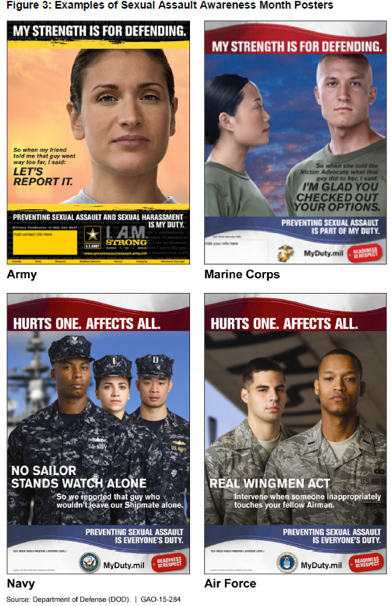 Since 2008, we have made 38 recommendations regarding DOD’s sexual assault prevention and response efforts. In response to some of our recommendations, the department has

More to Be Done

While DOD has addressed some areas of concern surrounding sexual assault, we have found that more needs to be done. Specifically,