Millions of U.S. workers are employed in the "gig economy" as temporary, part-time, or contracted workers. Policy makers want to learn more about these work arrangements and their effects on topics like workplace safety, wages, and access to benefits.

We looked at two sources to learn more about the size and scope of this workforce: 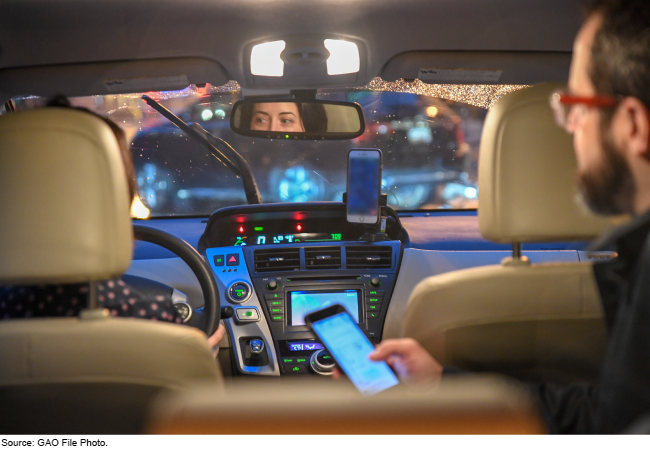 GAO's review of a generalizable sample of annual financial reports (Form 10-Ks) submitted by S&P 500 companies in 2021 found that most of the companies mentioned use of contracted work arrangements. GAO estimated that 89 percent of the companies mentioned use of contractors and approximately 84 percent discussed risks related to their use of contractors—for instance, decreased oversight, poor performance, or risks stemming from contract workers performing critical activities (such as IT support). An estimated 65 percent discussed use of contracting arrangements for services—such as for IT support, human resources, or maintenance. The companies also cited factors that could increase labor costs. A small percentage mentioned workplace safety, wages, and access to benefits, among other topics, expressly for nonstandard or contracted workers.

The information gathered is not a comprehensive inventory of companies' public disclosures on nonstandard and contracted work arrangements and GAO's review does not measure companies' actual practices.

The nature of the workforce is changing and millions of U.S. workers hold nonstandard (temporary, on-call, or part-time) jobs or work in the gig economy. Some studies indicate that employers are increasingly contracting out business functions that were once managed internally, contributing to concerns about contract employees receiving lower pay and reduced access to benefits. Policymakers want to know how many workers are in such arrangements and the reported effects on workplace safety, wages, and access to benefits, among other issues. And investors are increasingly asking public companies to disclose information on environmental, social, and governance factors including those related to labor conditions.

GAO was asked to review what available data show about companies' use of nonstandard and certain contracted work arrangements, and reported effects on topics such as workplace safety, wages, and access to benefits. This report provides preliminary observations from GAO's analysis of the 2020 Annual Business Survey of approximately 300,000 companies that had about a 68 percent response rate, and a generalizable sample of 80 annual reports (2021 Form 10-Ks) submitted by companies on the S&P 500 index to the Securities and Exchange Commission.