Today's data storage media (e.g., DVDs and hard drives) meet current global data storage needs of around 97 trillion gigabytes. But researchers are concerned they can't keep pace with growing storage demand, which could double by 2025. In addition, the plastic and magnetic materials in these media can degrade and the technology can become obsolete, making replacement necessary as often as every 3 years. 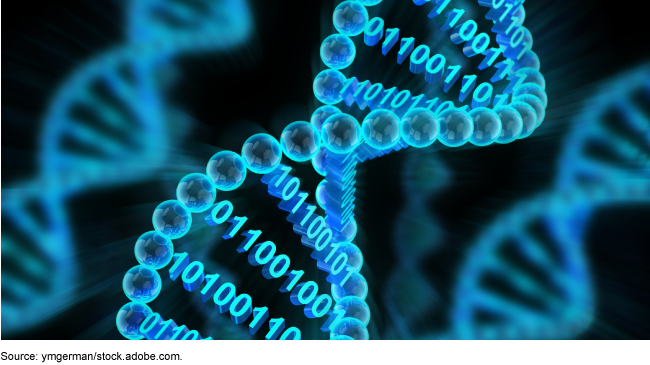 Current technologies are energy intensive and may not meet the exponentially increasing demand for data storage. Without alternatives—such as synthetic DNA or glass—businesses, governments, and individuals may lose billions of gigabytes of data in the next decade. However, high costs and slow write speeds of these technologies pose challenges to their wider use.

What is it? Alternative data storage technologies—such as synthetic DNA and etched glass—are in development to meet growing demand. Current data storage media (e.g., magnetic tapes, DVDs, and hard drives) are likely insufficient to meet the emerging global data storage needs, which are currently estimated to be around 97 trillion gigabytes. Demand is expected to double by 2025.

The plastic and magnetic materials in current storage degrade over time and the technologies become obsolete by newer technology, requiring replacement as often as every 3 years. In addition, researchers estimate that by 2040, 2.4 billion kilograms of wafer-grade silicon—a high-purity component of computer chips and storage devices—would be needed to store the world's data. Yet the projected supply is estimated to be only 1 percent of demand. Furthermore, current data storage systems require large, energy-intensive facilities to operate and slow degradation of the storage media. Data centers have a significant environmental impact—reportedly consuming about 2 percent of the world's electricity as of January 2020 and potentially reaching 8 percent by 2030.

How does it work? Synthetic DNA and glass data storage have greater storage capacity and, when stored properly, are more durable than current technologies.

In nature, DNA has been storing information since life began. The same coding system can be used to store digital information in an artificial DNA strand—created in a lab, not by a biological organism. To read the data, established technology known as sequencing can decode DNA. DNA can hold over 11 trillion gigabytes in a cubic inch of material. 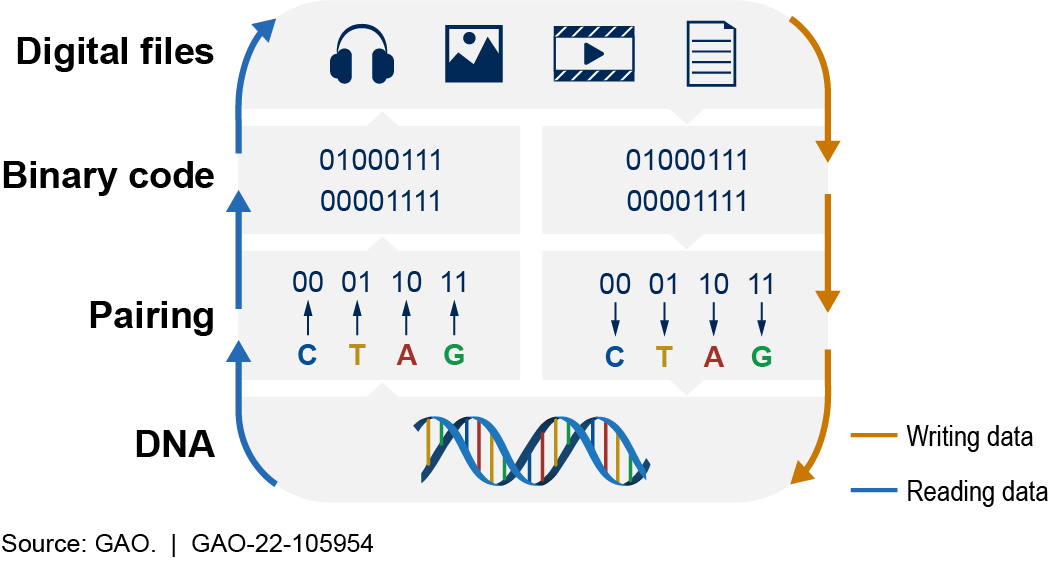 Figure 1. Synthetic DNA data write and read process. The letters A, C, G, and T represent the components of the genetic code.

Data can also be stored in quartz glass using a fast and precise laser, similar to the kind used for vision correction surgery. The laser makes etchings that represent digitally coded ones and zeros. This method is called 5D because it uses five unique attributes of the etchings. Three of the attributes relate to the locations of the etchings on the glass, equivalent to the X, Y, and Z coordinates of a 3D graph. DVD storage uses a similar system, but glass storage has more capacity because the laser creates multiple layers of data using two additional attributes—the size and orientation of the etchings (see fig. 2).

To read the data from the glass, a device shines polarized laser light onto each etching, revealing its five attributes. A camera captures these changes, which a computer decodes into the original digital form. Glass data storage can store hundreds of millions of gigabytes per cubic inch.

Figure 2. Glass data storage uses a laser to write data and polarized light to read it.

How mature is it? As of April 2022, both of these technologies are still in development, and neither is commercially available. Researchers have successfully used them to store data and some suggest that they could reach commercialization before 2030.

Researchers have successfully stored about 200 megabytes of various forms of data in synthetic DNA, including a music video and the Universal Declaration of Human Rights translated into over 100 languages. Glass storage has been used to store 5 gigabytes of text data in about a 1 inch square of glass. Based on that capacity, researchers believe a CD-sized disk of glass could hold 500 terabytes of data.

Researchers are exploring the capabilities and limitations of each technology. For example, synthetic DNA can store a large amount of data in a very small volume, reducing the size of data storage facilities, but currently costs about $3,500 per megabyte—millions of times more than silicon-based storage. In addition, this technology’s need for very cold conditions greatly increases its cost. Finally, synthetic DNA data storage is susceptible to writing and reading errors and researchers are working on correction codes and other methods to reduce errors.

Glass can also store large amounts of data (see fig. 3). However, the speed of writing data is very slow, about 200 kilobytes per second. For comparison, a DVD has a write speed of up to 21 megabytes per second—more than 100 times faster. Glass also presents potential security issues. According to one scientist, some data will remain in the glass unless it is melted or crushed into a powder.

Because of these current limitations, both technologies may be best suited for archival data storage rather than everyday applications.

Some federal agencies and companies are interested in the development of these technologies. For example, the Intelligence Advanced Research Projects Activity launched the Molecular Information Storage Program, which aims to use synthetic DNA storage as a low-resource mechanism to meet the data storage needs of the Intelligence Community. Further, at least one large technology company has a project to develop glass data storage as a cost-effective way to meet long-term data storage demands.