Millions of foreign students and scholars study at U.S. universities, and many contribute to U.S. research. But, there's a risk that some may illegally access and share sensitive information, such as data or technology, with their home countries.

To help prevent illegal transfers, we recommended that agencies determine which universities are at greater risk for such transfers and target outreach and education to them. 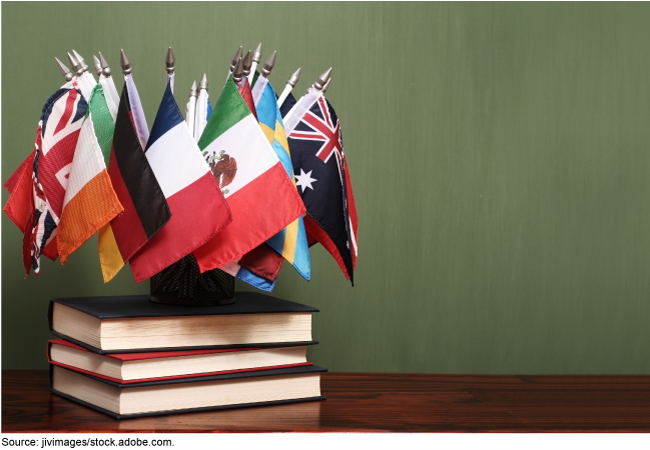 According to U.S. government agencies, foreign entities are targeting sensitive research conducted by U.S. universities and other institutions. Releases or other transfers of certain sensitive information to foreign persons in the United States are subject to U.S. export control regulations. Such releases or transfers, which are considered to be exports, are commonly referred to as deemed exports. A U.S. Assistant Secretary of State wrote in 2020 that greater attention needed to be paid to deemed exports. He noted that these transfers, including the “know how” of cutting-edge science and its applications, are what China's military–civil fusion strategy seeks in its attempts to mine and exploit U.S. academia's open knowledge system.

Agencies involved in enforcing export control regulations—the Departments of Commerce and Homeland Security (DHS) and the Federal Bureau of Investigation (FBI)—conduct outreach to universities to strengthen efforts to prevent sensitive technology transfers, including unauthorized deemed exports. According to officials, outreach increases awareness of threats to research security and builds stronger two-way relationships with university officials. The agencies identified this outreach as a key enforcement mechanism.

Over 2 million foreign students and scholars studied at U.S. universities in 2019, in many cases contributing to U.S. research. The U.S. government implements export controls to, among other things, mitigate the risk of foreign students' and scholars' obtaining controlled and sensitive information that could benefit foreign adversaries.

GAO was asked to review agencies' efforts to address risks associated with foreign students and scholars who may seek to evade export control regulations. This report examines the extent to which agencies are assessing universities' risk of unauthorized deemed exports to prioritize outreach.

GAO reviewed related laws and regulations; analyzed agency data; and interviewed agency officials in Washington, D.C., and 15 U.S. field offices. GAO based its selection of these offices on their proximity to research universities, their geographic dispersion, and other agencies' field office locations.

This is a public version of a sensitive report issued in March 2022 that included additional information on (1) challenges agencies face in efforts to enforce export control regulations, particularly for deemed exports at universities, and (2) the extent to which agencies coordinate their efforts and share information. Information that agencies deemed sensitive has been removed.

GAO is making eight recommendations to strengthen Commerce's, DHS's, and FBI's ability to prioritize outreach to at-risk universities. All three agencies concurred with the recommendations.