From FY 2015 to 2021, federal agencies provided $28.9 million directly to Chinese entities for research and development activities. For example, the Centers for Disease Control and Prevention and National Institutes of Health awarded funds to China for drug development and vaccination studies. 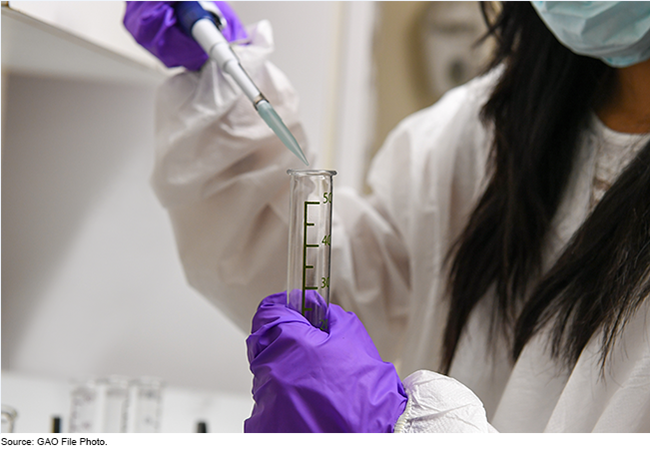 The U.S. government collaborates with and supports foreign entities such as those in China to, among other things, broaden U.S. access to scientific resources. Of the five agencies that GAO reviewed, the Centers for Disease Control and Prevention, the Department of Defense, and the National Institutes of Health obligated $28.9 million directly to Chinese entities from fiscal years 2015 through 2021. Neither of the other two agencies—the National Science Foundation and the Department of Energy—provided awards directly to Chinese entities. Chinese entities also received federal research funds through subawards to do a portion of the work. The full extent of that funding is not known due to limitations in the data provided in accordance with federal subaward reporting requirements.

The awards funded by the Centers for Disease Control and Prevention, the Department of Defense, and the National Institutes of Health focused on multiple scientific disciplines, including public health and biological sciences. For example, the Centers for Disease Control and National Institutes of Health funded Chinese entities to conduct a wide range of research, including disease surveillance, vaccination studies, and the development of new drugs. Additionally, the Department of Defense funded research in areas such as alternative technologies to propel vehicles such as drones. These awards provided directly to Chinese entities resulted in scientific articles, data collection systems, and international workshops.

GAO analyzed data from five agencies with the largest amount of funding for R&D. In consultation with the Departments of State and the Treasury, GAO analyzed publicly available data on eight selected multilateral institutions that provided funding and loans to China based on agency and multilateral institution's budget documents. GAO interviewed agency officials about the funding and activities.