In 2021, the President issued several executive directives to advance racial equity and support historically marginalized groups at home and abroad.

In response, the State Department and USAID are working to better support such groups abroad (e.g., ethnic groups, women, and youth). They have established priority goals, conducted assessments, and updated policies to better integrate equity into their activities.

These agencies also face challenges, including difficulties in collecting data on people who could face harm if others learned of their identities—such as lesbian, gay, bisexual, transgender, queer, and intersex (LGBTQI+) persons. 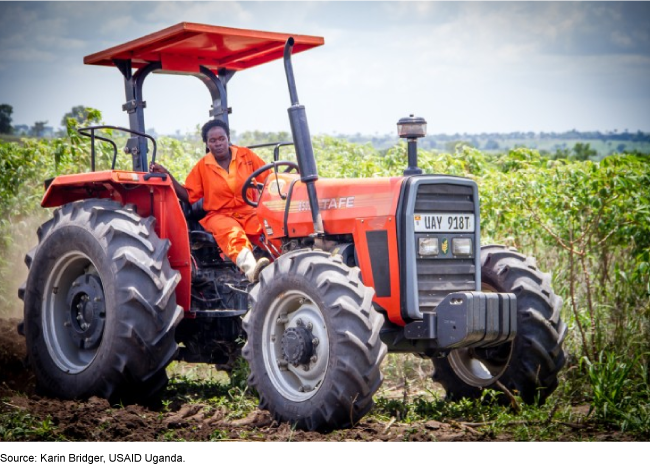 State and USAID track progress toward goals and objectives supporting marginalized groups using several tools, including performance indicators, and are working to mitigate data challenges. They use both standard indicators that are consistent across the two agencies and custom indicators specific to a country or activity. For example, for the goal of strengthening governance to meet citizen needs, USAID Colombia tracks the number of individuals from marginalized groups who received legal aid with U.S. support. Both agencies report annually on activities that support certain groups, such as women. They are also working to mitigate challenges, including difficulties in collecting data on people who could face harm if others learned of their identities, such as lesbian, gay, bisexual, transgender, queer, and intersex (LGBTQI+) persons.

In response to the executive directives, State and USAID have begun and are planning several actions to advance equity and support for marginalized groups abroad and to mitigate challenges in doing so. Both agencies established key issues and priority goals focused on advancing equity, conducted assessments to identify actions to advance equity, and issued guidance and updated policies to better integrate equity into strategies and activities. They are planning to develop new policy frameworks to emphasize equity, and are working to mitigate challenges in allocating sufficient resources to these efforts and applying equity requirements in a foreign context. If implemented effectively, these actions could help State and USAID expand and sustain efforts to achieve the objectives of the executive directives.

The President issued several executive orders and a memorandum (executive directives) that expressed policy commitments on behalf of the administration in 2021. These commitments include advancing racial equity and supporting underserved communities, preventing and combating discrimination based on gender identity and sexual orientation, and promoting and protecting the human rights of LGBTQI+ persons in the U.S. and abroad. In response to these directives, State and USAID have committed to better incorporating racial and ethnic equity into U.S. foreign assistance and to supporting historically marginalized or underserved groups abroad. GAO was asked to assess State and USAID efforts to advance equity and support for marginalized groups abroad, among other things.

GAO reviewed documents, interviewed agency officials, and selected three countries—Colombia, Jordan, and Uganda—to provide illustrative examples. GAO selected these countries based on a number of factors, including those receiving the highest amount of U.S. foreign assistance and those that focused on multiple marginalized groups.

Diversity, Equity, Inclusion, and Accessibility at Home and Abroad