This report describes the federal response to 2 high-profile cybersecurity incidents that affected the U.S. government. The Russian Foreign Intelligence Service hacked SolarWinds network management software, which is widely used in the U.S. government. Also, Chinese government affiliates likely exploited a vulnerability in the Microsoft Exchange Server, according to the White House.

Federal agencies worked with each other and industry after these incidents. Agencies received emergency directives on how to respond and more.

Information Security is on our High Risk List. As of Nov. 2021, about 900 of our cybersecurity recommendations remain open. 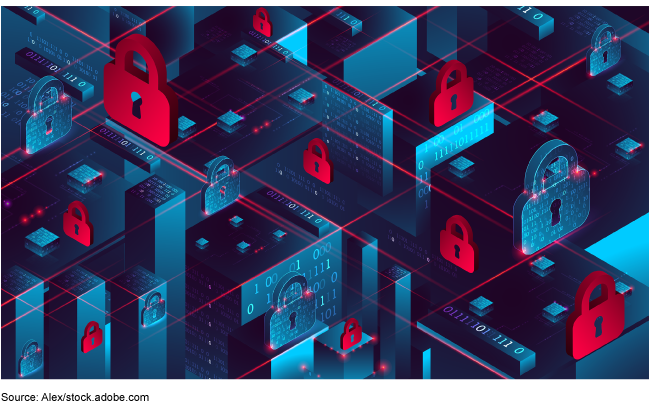 Beginning as early as January 2019, a threat actor breached the computing networks at SolarWinds—a Texas-based network management software company, according to the company's Chief Executive Officer. The federal government later confirmed the threat actor to be the Russian Foreign Intelligence Service. Since the company's software, SolarWinds Orion, was widely used in the federal government to monitor network activity and manage network devices on federal systems, this incident allowed the threat actor to breach several federal agencies' networks that used the software (see figure 1). 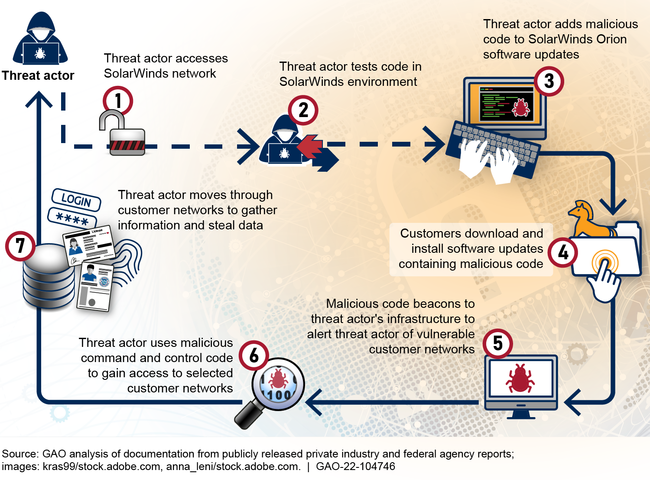 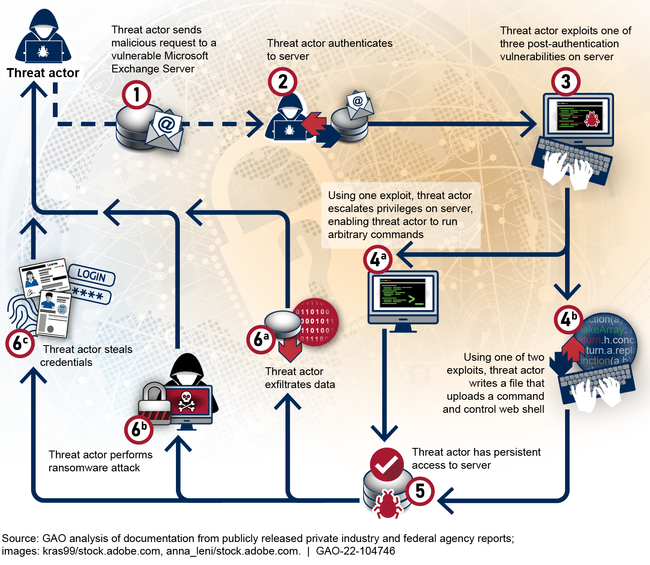 Federal agencies took several steps to coordinate and respond to the SolarWinds and Microsoft Exchange incidents including forming two Cyber Unified Coordination Groups (UCG), one for the SolarWinds incident and one for the Microsoft Exchange incident. Both UCGs consisted of the Cybersecurity and Infrastructure Security Agency (CISA), Federal Bureau of Investigation (FBI), and the Office of the Director of National Intelligence (ODNI), with support from the National Security Agency (NSA). According to UCG agencies, the Microsoft Exchange UCG also integrated several private sector partners in a more robust manner than their involvement in past UCGs.

CISA issued emergency directives to inform federal agencies of the vulnerabilities and describe what actions to take in response to the incidents. To aid agencies in conducting their own investigations and securing their networks, UCG agencies also provided guidance through advisories, alerts, and tools. For example, the Department of Homeland Security (DHS), including CISA, the FBI, and NSA released advisories for each incident providing information on the threat actor's cyber tools, targets, techniques, and capabilities. CISA and certain agencies affected by the incidents have taken steps and continue to work together to respond to the SolarWinds incident. Agencies have completed steps to respond to the Microsoft Exchange incident.

Agencies also identified multiple lessons from these incidents. For instance,

Effective implementation of a recent executive order could assist with efforts aimed at improving information sharing and evidence collection, among others.

The risks to information technology systems supporting the federal government and the nation's critical infrastructure are increasing, including escalating and emerging threats from around the globe, the emergence of new and more destructive attacks, and insider threats from witting or unwitting employees. Information security has been on GAO's High Risk List since 1997.

Recent incidents highlight the significant cyber threats facing the nation and the range of consequences that these attacks pose. A recent such incident, involving SolarWinds, resulted in one of the most widespread and sophisticated hacking campaigns ever conducted against the federal government and private sector. Another incident included zero-day Microsoft Exchange Server vulnerabilities that had the potential to affect email servers across the federal government and provide malicious threat actors with unauthorized remote access. According to CISA, the potential exploitation from both incidents posed an unacceptable risk to federal civilian executive branch agencies because of the likelihood of vulnerabilities being exploited and the prevalence of affected software.

GAO performed its work under the authority of the Comptroller General to conduct an examination of these cybersecurity incidents in light of widespread congressional interest in this area. Specifically, GAO's objectives were to (1) summarize the SolarWinds and Microsoft Exchange cybersecurity incidents, (2) determine the steps federal agencies have taken to coordinate and respond to the incidents, and (3) identify lessons federal agencies have learned from the incidents.

To do so, GAO reviewed documentation such as descriptions of the incidents, federal agency press releases, response plans, joint statements, and guidance issued by the agencies responsible for responding to the incidents: DHS (CISA), the Department of Justice (FBI), and ODNI with support from NSA. In addition, GAO analyzed incident reporting documentation from affected agencies and after-action reports to identify lessons learned. For all objectives, GAO interviewed agency officials to obtain additional information about the incidents, coordination and response activities, and lessons learned.