The Department of Homeland Security and its contractors collect and maintain large amounts of personally identifiable information (PII)—such as a person's date of birth and social security number.

DHS has developed policies to ensure that its contractors protect PII. These policies include providing privacy training, and overseeing IT systems operated by contractors.

However, DHS didn't fully comply with all of its own policies. For example, DHS headquarters didn't provide all necessary privacy training to contractors.

We made a number of recommendations to DHS to improve its oversight of contractors who handle PII. 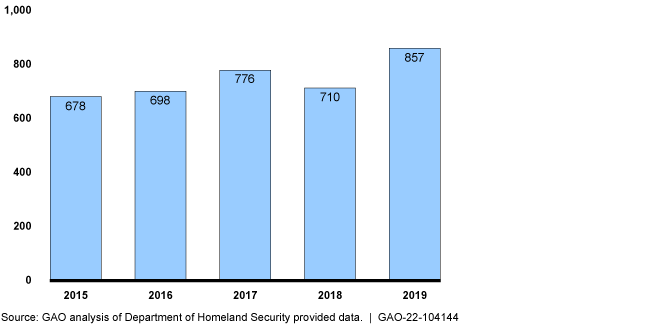 The Department of Homeland Security (DHS) developed policies and procedures to mitigate the risks to personally identifiable information (PII) on contractor-operated IT systems. These policies address federal privacy requirements, standards, and guidelines in the following key areas:

As shown below, selected DHS components addressed most of the key privacy control activities for overseeing contractor-operated systems.

Although the DHS components complied with most of the requirements, gaps existed. For example, USCG did not demonstrate that it identified and addressed gaps in privacy compliance, DHS HQ did not administer role-based privacy training, and TSA did not demonstrate its evaluation of proposed new instances of PII sharing in contractor-operated systems.

Regarding privacy incidents, DHS developed Privacy Incident Handling Guidance, which outlines the department's process for how incidents are to be identified and remediated. Of the four reviewed components that had a breach of data, three fully identified, remediated, and shared lessons learned for the incidents. However, one component did not document all necessary remediation activities. Fully documenting remediation activities helps ensure that all appropriate steps have been taken to lessen potential harm that the loss, compromise, or misuse of PII could have on affected individuals.

It is essential that DHS, its component agencies, and its contractors protect the PII that they collect and maintain. Implementing and enforcing appropriate policies and controls can help prevent improper PII access and use.

GAO was asked to review DHS's policies and procedures for protecting the PII collected by or shared with its contractors. This report discusses the extent to which (1) DHS has developed policies and procedures to mitigate the risks to PII; (2) selected DHS components have provided oversight of privacy controls within contractor-operated systems, and (3) DHS components have ensured that privacy incidents in contractor-operated systems are properly identified and remediated.

GAO is making seven recommendations to DHS components to improve their oversight of contractors' privacy controls and remediation of incidents. DHS concurred with the recommendations and outlined steps planned or taken to address them.