The U.S. Department of Agriculture distributes billions of dollars a year through programs that, by law, require payment recipients to be actively engaged in farming. Recipients can be individuals or entities such as corporations and trusts. They can receive up to $125,000 a year.

In 2013, we found weaknesses in how USDA assessed whether recipients were actively farming. USDA has improved its reviews since then, but weaknesses remain. For example, USDA waived 251 reviews that it said had been done recently and didn't need re-review yet. But for 76 of them, there wasn't a record of recent review.

We made 5 recommendations to USDA to improve reviews. 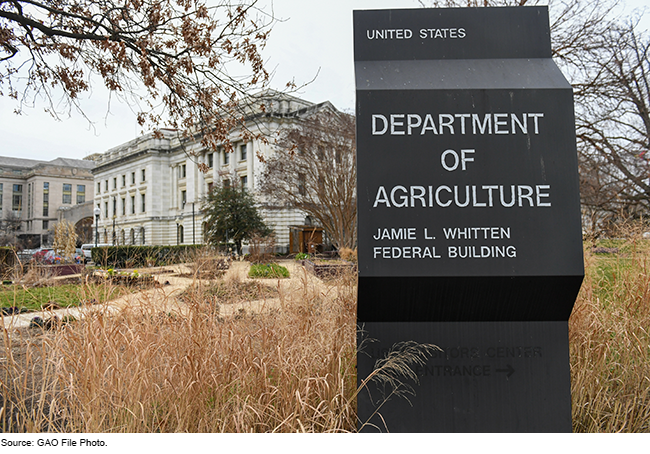 Since GAO last reported in 2013, the U.S. Department of Agriculture (USDA) has made progress in completing and reporting on reviews to determine if recipients of farm program payments comply with requirements for being actively engaged in farming, including contributions shown in the table.

Note: A farming operation is a business enterprise that may include multiple farms.

However, USDA did not systematically monitor its performance of compliance reviews, which are the responsibility of state offices in USDA's Farm Service Agency (FSA). FSA state offices are to report completed reviews to FSA headquarters. GAO found:

FSA state offices improved their completion of compliance reviews for 2015 and 2016—the most recent years for which data were available at the time of GAO's review—relative to their completion of 2009 and 2010 reviews. FSA officials attributed this progress to their use of a tracking system.

However, the tracking system data had errors. For example, 76 of 251 reviews from 2010 through 2015 were marked as waived because of prior reviews within the last 3 crop years, but the data did not show prior reviews.

FSA headquarters did not systematically monitor the status of state offices' compliance reviews in the tracking system. For example, after GAO requested information on reviews, FSA headquarters officials found that three state offices had not completed any of their reviews for certain years.

Improving the accuracy and monitoring of tracking data would enable management to better oversee state offices' timely completion of assigned reviews to ensure that farming operation members who receive federal payments comply with requirements to be actively engaged in farming.

FSA state offices varied in their use of interviews to determine whether farming operation members were actively engaged in farming. FSA guidance emphasizes the importance of interviews to verify contributions of active personal management and, if an interview is not done, forms the teams must fill out ask for a reason the team did not. GAO examined 27 compliance review records and found that six included interviews. Of the remaining 21 records, 16 documented reasons for not conducting interviews, but five did not do so. Officials told GAO that review teams may not have documented these reasons because of inadequate training and oversight. By examining review teams' use of interviews, or documentation for not conducting them, and providing additional training as necessary, FSA management would be better assured that FSA is accurately determining whether individuals are eligible for farm program payments.

Each crop year, USDA distributes billions of dollars in payments to farmers through programs that, by law, require payment recipients to be actively engaged in farming. These programs provide income support to producers of key crops such as corn, cotton, and soybeans. In September 2013, GAO found weaknesses in how FSA implemented regulations to ensure that farmers meet the criteria for being actively engaged and do not receive payments above program limits. GAO recommended that FSA set a plan and time frame for using its tracking system to monitor compliance reviews, which FSA did.

GAO was asked to review FSA's progress in implementing the regulations. This report examines, among other things, (1) FSA's progress in completing and reporting on reviews of compliance with rules for being actively engaged in farming and (2) FSA's use of interviews to verify claims of active engagement. GAO reviewed FSA procedures, analyzed FSA data on compliance reviews, examined compliance review files, and interviewed FSA officials.

GAO is making five recommendations, including that FSA improve the accuracy and monitoring of its compliance review tracking system data and that FSA examine compliance review teams' use of interviews, or documentation for not conducting them, and provide additional guidance or training, as necessary. USDA generally agreed with the recommendations.