The gender pay gap in the federal workforce has decreased considerably since 1999, but has not yet closed. In 2017, women earned 93 cents for every dollar earned by men. The pay gap is greater for certain groups of women, including Hispanics/Latinas, Blacks, and American Indians or Alaska Natives.

The Office of Personnel Management and the Equal Employment Opportunity Commission analyze agencies' pay gap data and help them address the pay gap. But the EEOC's data is often incomplete. For example, data on promotions doesn't always designate gender, race, or ethnicity. We recommended that the EEOC take steps to improve the quality of its data.

[Updated to correct the name of the Commission.] 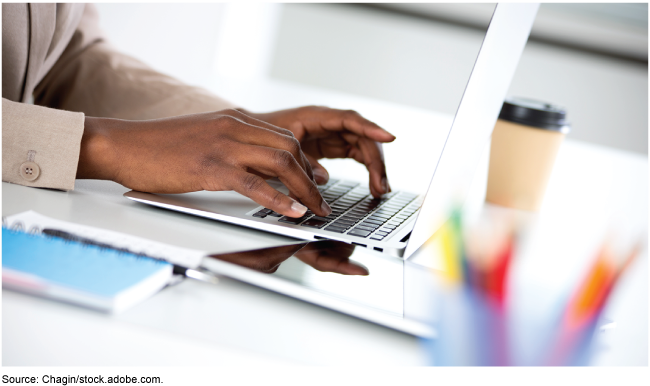 The overall pay gap between men and women in the federal workforce has narrowed considerably, from 19 cents on the dollar in 1999 to 7 cents in 2017, but the current pay gap is greater for certain groups of women, according to GAO's analysis of data from the Office of Personnel Management (OPM). Two trends help explain why the pay gap has narrowed: (1) men and women have become more similar in measurable factors related to pay, such as occupation; and (2) women have earned slightly higher rates of pay increases than men. In 2017, most of the overall pay gap—or 6 of 7 cents on the dollar—was not explained by differences between men and women in measurable factors (see figure). This unexplained portion of the pay gap may be due to factors not captured in the data GAO analyzed, such as work experience outside the federal government, or factors that cannot be measured, such as discrimination and individual choices. In 2017, the overall and unexplained gaps were greater for certain groups. For example, compared to White men, the unexplained gap was greater for Hispanic/Latina, Black, and American Indian or Alaska Native women than for White and Asian, Native Hawaiian, or Pacific Islander women.

OPM and the U.S. Equal Employment Opportunity Commission (EEOC) have taken steps to analyze data on the pay gap and help agencies address it. From 2014 to 2016, OPM implemented a government-wide strategy to address the pay gap, and officials said their future efforts will include monitoring the pay gap periodically. EEOC annually collects workforce data from agencies and provides related technical assistance, and officials said they plan to expand these efforts. These data include promotions by gender and race and ethnicity, which EEOC and agencies use to identify potential barriers to career advancement, but GAO found these data were not sufficiently complete. Of the 51 data tables GAO requested, 35 were either missing or had at least one incomplete data element. EEOC officials said this is partly due to promotion applicants not being required to provide demographic information. However, EEOC has not fully assessed the reliability of these data and generally does not follow up with agencies about missing data between technical assistance visits. Without taking steps to assess and improve the quality of these data in a timelier manner, EEOC may miss opportunities to ensure equal opportunity for all promotion applicants.

This report examines how the pay gap between men and women in the federal workforce has changed since 1999, and what factors account for any remaining gap; and the extent to which OPM and EEOC have monitored and taken steps to address the pay gap in the federal workforce, including assessing potential disparities in promotions; among other objectives. GAO analyzed OPM's Enterprise Human Resources Integration data on about 2.1 million federal employees from September 1999 to September 2017 (the most recent reliable data available at the time of GAO's review); reviewed federal agency promotion data collected by EEOC for fiscal years 2015 through 2017 (the most recent available data); and interviewed OPM and EEOC officials and reviewed relevant documentation.

GAO recommends that EEOC take steps to assess the quality of federal agency promotion data and address missing data with agencies in a timelier manner. EEOC neither agreed nor disagreed with GAO's recommendation.