Since 2014, millions of Americans have purchased health insurance through exchanges—or marketplaces—established under the Affordable Care Act. 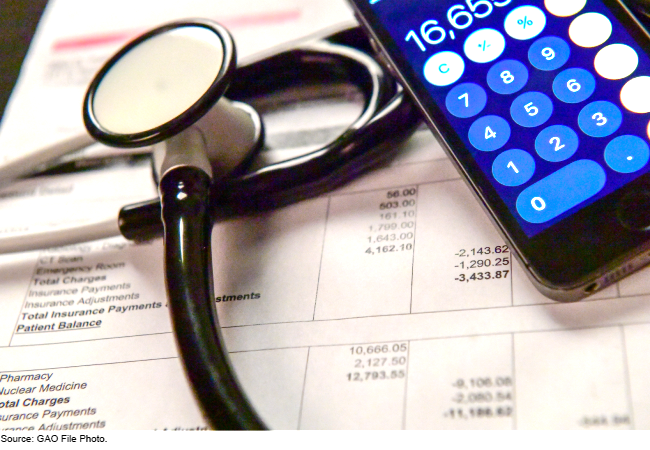 Since 2014, millions of consumers have purchased individual market health insurance plans through the health insurance exchanges—or marketplaces—established under the Patient Protection and Affordable Care Act (PPACA). Sales representatives listed on Department of Health and Human Services' (HHS) healthcare.gov website can also sell other types of health coverage arrangements that may cost less but may not cover all pre-existing conditions as comprehensive PPACA-compliant plans do. GAO performed 31 covert tests on selected sales representatives listed on healthcare.gov. These tests involved stating that the (fictitious) applicant had pre-existing conditions—either diabetes or heart disease—and requesting coverage for these conditions to see if the sales representative directed the applicant to a comprehensive PPACA-compliant plan or a PPACA-exempt plan that does not cover what the fictitious applicant requested. As part of these tests, GAO gauged whether the selected sales representatives engaged in potentially deceptive practices, such as making false or misleading statements about coverage or omitting material information about coverage.

PPACA directed each state to establish an exchange—referred to as a state-based exchange—or elect to use the federally facilitated exchange established by HHS. Each year the exchanges offer an open enrollment period during which eligible consumers may enroll in or change their coverage. Consumers enroll in the federally facilitated exchange through HHS's healthcare.gov website, and some state-based exchanges have chosen to use this website for enrollment.

While individual health insurance coverage is generally regulated by states, starting in 2014, PPACA established a number of new federal requirements for individual health insurance coverage. For example, PPACA prohibited insurers from excluding coverage or charging higher premiums for pre-existing conditions. HHS regulations also require sales representatives that assist with or facilitate enrollment in PPACA-compliant plans sold through healthcare.gov to provide consumers with correct information, without omission of material fact, and refrain from marketing or conduct that is misleading.

Sales representatives that are listed on healthcare.gov may also sell other types of health coverage arrangements that do not have to comply with some or all of PPACA's individual market requirements. As a result, the arrangements may be less expensive, but offer fewer benefits compared to PPACA-compliant plans.

PPACA-exempt health coverage arrangements may be attractive to consumers, particularly those who find it difficult to afford PPACA-compliant plans. However, such arrangements generally do not need to follow PPACA's requirement that plans in the individual market be presented to consumers in defined categories outlining the extent to which they are expected to cover medical care. As a result, depending on how they are marketed and sold, PPACA-exempt arrangements could present risks for consumers, if, for example, they buy these plans mistakenly believing that coverage is as comprehensive as for PPACA-compliant plans.

GAO was asked to obtain insights on the marketing and sales practices of sales representatives specifically listed on healthcare.gov. In this report, GAO describes the results of covert tests it conducted involving selected sales representatives listed on healthcare.gov when contacted by GAO undercover investigators posing as individuals needing to purchase health insurance to cover pre-existing conditions.

GAO investigators performed these covert tests (i.e., undercover phone calls) from November 2020 to February 2021. GAO also discussed the oversight of PPACA-exempt arrangements with senior officials from the Centers for Medicare & Medicaid Services within HHS, as well as officials from the National Association of Insurance Commissioners, and reviewed information they provided.