Federal research and inventions can contribute to the development of life-saving drugs, vaccines, and medical devices. One way this happens is that the National Institutes of Health licenses its intellectual property to private companies that have the resources to bring products to market.

NIH received up to $2 billion in royalties from its contributions to 34 drugs sold from 1991-2019. But how does licensing support NIH's public health mission? What other benefits—e.g., drug affordability, or increased innovation—do taxpayers get in return?

We recommended that NIH make more information available about its intellectual property licensing. 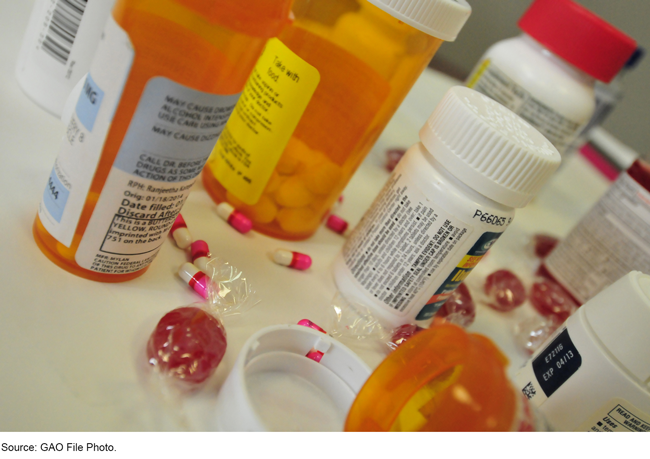 Research conducted at Department of Health and Human Services (HHS) labs led to 4,446 U.S. patents owned by the agency covering a range of inventions from 1980 through 2019. During that period, the National Institutes of Health (NIH) had 93 patents—2 percent of the total—that contributed to the successful development of 34 drugs approved by the Food and Drug Administration (FDA) and brought to market, including vaccines and treatments for cancer.

These 34 drugs were developed by pharmaceutical companies and were associated with 32 licenses granted to them by NIH. As shown in the figure, these licenses have generated up to $2 billion in royalty revenue for NIH since 1991, when FDA approved the first of these drugs. Three licenses generated more than $100 million each for the agency.

Royalties from NIH Licenses of Inventions Associated with FDA-Approved Drugs, 1991 to February 2020

When licensing its inventions, NIH prioritizes the likelihood that the licensee can successfully develop a drug by considering such factors as technical expertise and the ability to raise capital. Consistent with federal interpretation of technology transfer statutory authorities, NIH does not consider the affordability of the resulting drug. NIH provides limited information to the public about its licensing activities. For example, the agency does not report which of its patents are licensed or release metrics that would enable the public to evaluate how licensing affects patient access to resulting drugs. Increasing the transparency of its licensing activities could improve the public’s and policymakers’ understanding of NIH’s management of its intellectual property.

HHS monitors for unauthorized use of its inventions (infringement) and has taken steps to protect its rights. HHS relies primarily on inventors at its labs to monitor for potential infringement and generally encourages potential infringers to license the inventions. If cases proceed to litigation, HHS relies on the Department of Justice (DOJ) to protect its rights. Since 2009, HHS has worked with DOJ to defend its intellectual property in several cases in the U.S. and abroad and has referred one case to DOJ for litigation against an alleged infringer.

HHS labs conduct research that can contribute to the development of new life-saving drugs. HHS may grant rights to its inventions by licensing the patents to pharmaceutical companies that conduct the additional development activities and testing necessary to bring drugs to market. Public health experts and patients’ rights advocates have raised concerns about the prices of drugs developed with federal support.

GAO was asked to review HHS’s management of its intellectual property. This report examines (1) the extent to which HHS-owned intellectual property has contributed to the development of FDA-approved drugs, (2) what is known about the licenses associated with FDA-approved drugs, (3) factors NIH prioritizes when licensing its inventions and information about licensing it makes public, and (4) steps HHS has taken to protect its rights. GAO reviewed relevant laws and agency documents, analyzed patent and licensing data, and interviewed HHS officials, academic experts, industry representatives, and nongovernmental organizations.

GAO is making two recommendations, including that NIH provide more information to the public about the licensing of its intellectual property. HHS concurred with GAO’s recommendations.