In 2019, close to 40,000 people died from a gun injury in the U.S., and about twice that number suffered nonfatal injuries.

There is no complete information on the health care costs of gun injuries. However, we found: 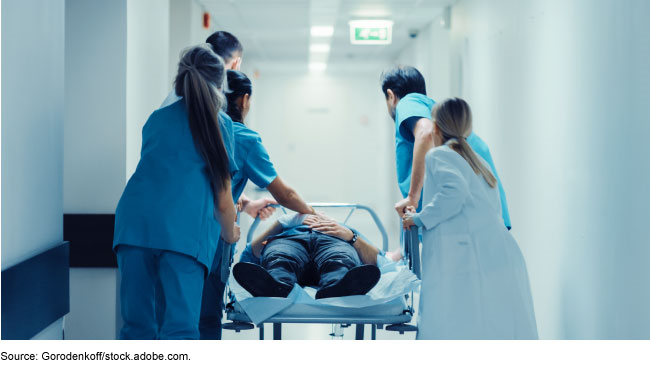 There is no complete information on the health care costs of firearm injuries. National data allow for estimates of the costs of initial hospital treatment and some first-year costs, but less is known about costs the more time passes from the injury. Examining available data and information, GAO found the following:

Clinical experts GAO met with described a wide range in both physical and behavioral health care needs for firearm injury survivors after hospital discharge, with some survivors needing lifelong care. These experts also told GAO that survivors often face barriers to receiving needed care, such as being denied care when it is not covered by their insurance. While not receiving needed services may minimize costs initially, the consequences of unmet health needs for firearm injury survivors may ultimately result in greater costs.

In 2019, close to 40,000 people died from a firearm injury in the U.S., and around twice that number sustained non-fatal injuries. Over 100 organizations representing health care providers consider the number of firearm injuries that occur each day to be a public health epidemic. Health care costs associated with firearm injuries—both those for services provided during initial hospital treatment and those for services provided long-term—are paid for, at least in part, by public payers, such as Medicaid and Medicare.

GAO analyzed hospital data for 2016 and 2017 collected by the Agency for Healthcare Research and Quality related to the initial costs of treating firearm injuries, and conducted a literature review on the health care costs of these injuries following discharge. In addition, GAO moderated meetings with 12 experts, representing clinicians, economists, and others—selected with assistance from the National Academies of Sciences, Engineering, and Medicine—to discuss the post-discharge health care service needs and costs of firearm injuries.