We testified that the Centers for Medicare & Medicaid Services (CMS) does not oversee contracting in Puerto Rico, where former officials face allegations of contract fraud. We found that Puerto Rico did not always take steps to ensure competition or to lower the risk of fraud, waste, and abuse.

In the report on which this testimony is based, we recommended CMS begin risk-based oversight of contracting in Puerto Rico. 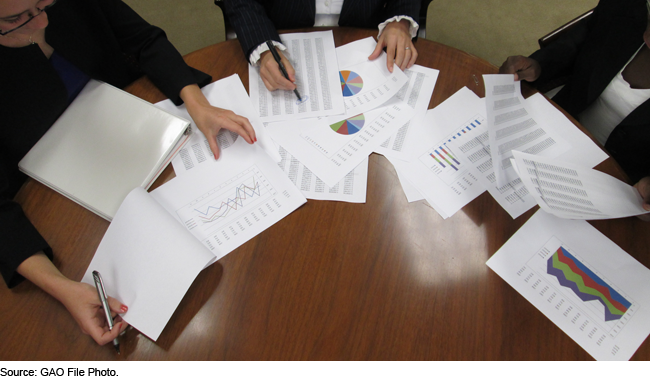 Like other U.S. territories and states, Puerto Rico implements major functions of its Medicaid program by procuring services from contractors, such as the delivery of managed care services to Medicaid beneficiaries. In 2018, procurement costs represented $2.4 billion of Puerto Rico's $2.5 billion in total Medicaid expenditures. The Centers for Medicare & Medicaid Services (CMS)—the federal agency that oversees Medicaid—requires states and territories to use the same process for Medicaid procurements as they do for their non-federal procurements. However, in February 2021, GAO found that CMS has not taken steps to ensure Puerto Rico has met this requirement. Instead, CMS has relied on Puerto Rico to oversee the territory’s procurement process and to attest to its compliance. CMS officials told GAO that states and territories are in the best position to ensure compliance with their respective procurement laws.

In its procurement reform plan, Puerto Rico acknowledges the need to improve competition and outlines future initiatives and general timeframes to do so. For example, Puerto Rico notes that by August 2021, it will identify the circumstances under which the use of noncompetitive contracts is justified, as well as the factors it might consider in making this determination. By April 2021, Puerto Rico intends to identify procurement information it will make public as part of its competitive procurement process and will make such information public by the end of 2021. Such changes—if implemented as planned—could address some of the issues GAO identified in its review of eight selected Puerto Rico procurements. In its review, GAO found that Puerto Rico did not include important steps to promote competition and mitigate the risk for fraud, waste, and abuse, underscoring the need for federal oversight. GAO and others have found that competition is a cornerstone of procurement. Using competition can reduce costs, improve contractor performance, curb fraud, and promote accountability.

As Puerto Rico continues to develop and carry out its planned reforms, implementing GAO’s recommendation for ongoing, risk-based oversight of Puerto Rico’s Medicaid procurement process could enable CMS to promote competition and efficiency while preventing fraud, waste, and abuse in the program.

The report on which this testimony is based recommended CMS take steps to implement ongoing, risk-based oversight of Puerto Rico’s Medicaid procurement process. The Department of Health and Human Services concurred with this recommendation, and stated that CMS is reviewing Puerto Rico’s procurement reform plan against applicable requirements.