This statement summarizes our work on race, wealth, and other disparities and how they affect access to financial services and retirement security.

For example, we found:

Lower-income or minority households were less likely to access traditional banking services and more likely to use costlier products and services, such as payday loans. 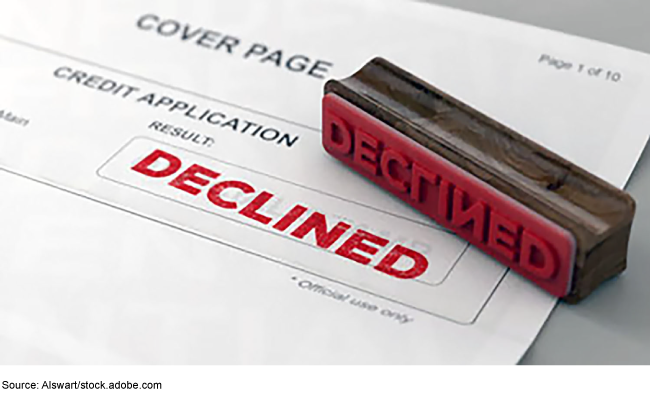 GAO's work found racial and income disparities in access to financial services and availability of credit.

Lower-income or minority households were less likely to access traditional banking services and more likely to use costlier products and services, such as payday loans or loans against tax refunds. Generally, these households used alternative financial services providers and products because they did not have checking or savings accounts or were unable to obtain credit or discouraged from applying for credit from a bank.

Women and minority farmers and ranchers, including tribal members, had less access to credit than other agricultural businesses.

Minority-owned small businesses generally had lower approval rates for credit sought and were approved for smaller shares of financing they sought.

Low-income and minority households had lower participation in retirement savings plans and lower levels of other nonretirement assets such as home equity and other financial assets than White households.

Data limitations pose fair lending oversight and enforcement challenges, particularly in nonmortgage credit markets where lenders are prohibited from collecting data on personal characteristics such as race and nationality.

There is some evidence that regulations, such as for anti-money laundering, may add burden for financial institutions that can negatively affect consumer access to financial services, although GAO also found that the potential negative effect on the availability of credit is likely modest.

“Fintech”—use of technology and innovation to provide financial products and services—can expand credit access for borrowers (for example, lenders could assess their creditworthiness with alternative data such as bill payments). But the lending discrimination risks in fintech use of alternative data are not fully understood.

As GAO has long reported, income, wealth, and other inequalities are associated with racial and other disparities in access to financial services and financial security in retirement. Income and wealth inequality in the United States have increased over several decades. There is concern among some researchers and policy makers that these disparities may indicate potential problems for the financial security of many Americans in retirement. Concerns about discrimination in credit markets also have long existed. Fair lending laws are intended to address the concerns by prohibiting discrimination in credit provision on the basis of race, national origin, gender, and other characteristics. However, the occurrence and magnitude of discrimination remain unclear, particularly in nonmortgage credit markets. This statement summarizes information on more than a decade of GAO work related to the relationship between racial, income, wealth, and other inequalities and access to financial services and retirement security, and highlights related regulatory issues and industry developments. For a full list of the reports, see Related GAO Products.