Safe vaccines are critical to fighting diseases, from polio to COVID-19. Evidence shows that the protection provided by vaccines currently licensed in the U.S. outweighs their potential risks.

In general, side effects from vaccines are less acceptable to the public than side effects from treatments given to people who already have a disease. Also, misinformation and safety concerns may cause people to delay or refuse a vaccine—possibly increasing deaths.

We looked at vaccine safety and its challenges, including: 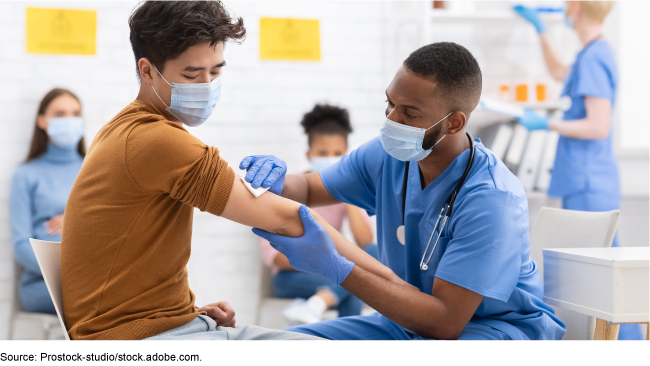 What is it? A vaccine is generally considered safe when the benefits of protecting an individual from disease outweigh the risks from potential side effects (fig. 1). The most common side effects stem from the body's immune reaction and include swelling at the injection site, fever, and aches.

Figure 1. Symptoms of polio and side effects of the polio vaccine. A vaccine is generally considered safe if its benefits (preventing disease) outweigh its risks (side effects).

In rare cases, some vaccines may cause more severe side effects. For example, the vaccine for rotavirus—a childhood illness that can cause severe diarrhea, dehydration, and even death—can cause intestinal blockage in one in 100,000 recipients. However, the vaccine is still administered because this very rare side effect is outweighed by the vaccine's benefits: it saves lives and prevents an estimated 40,000 to 50,000 childhood hospitalizations in the U.S. each year.

The two messenger RNA (mRNA) vaccines authorized for COVID-19—a disease that contributed to more than 415,000 American deaths between January 2020 and January 2021—can cause severe allergic reactions. However, early safety reporting found that these reactions have been extremely rare, with only about five cases per 1 million recipients, according to data from January 2021 reports by the Centers for Disease Control and Prevention.

In the U.S., clinical trials generally proceed through three phases of testing involving increasing numbers of volunteers: dozens in phase 1 to thousands in phase 3. Although data may be collected over years, most common side effects are identified in the first 2 months after vaccination in clinical trials. After reviewing safety and other data from vaccine studies, the Food and Drug Administration (FDA) may license a vaccine to be marketed in the U.S. There are also programs to expedite—but not bypass—development and review processes, such as a priority review designation, which shortens FDA’s goal review time from 10 to 6 months.

Safety monitoring continues after licensing. For example, health officials are required to report certain adverse events—such as heart problems—following vaccination, in order to help identify potential long-term or rare side effects that were not seen in clinical trials and may or may not be associated with the vaccine. 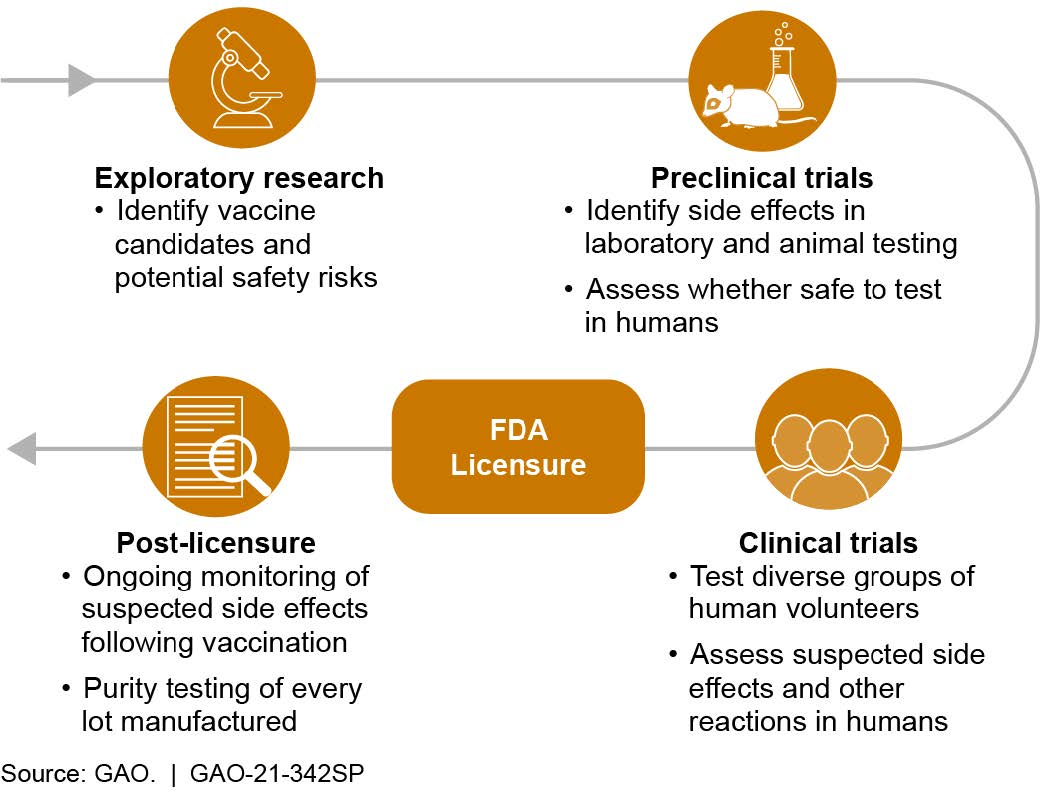 Figure 2. Vaccine safety is assessed at every stage: development through post-licensure.

Following a declared emergency, FDA can also issue emergency use authorizations (EUA) to allow temporary use of unlicensed vaccines if there is evidence that known and potential benefits of the vaccine outweigh known and potential risks, among other criteria. As of January 2021, two COVID-19 vaccines had received EUAs, after their efficacy and short-term safety were assessed through large clinical trials. However, developers must continue safety monitoring and meet other requirements if they intend to apply for FDA licensure to continue distribution of these vaccines after the emergency period has ended.

What are the knowledge gaps? One knowledge gap that can remain after clinical trials is whether side effects or other adverse events may occur in certain groups. For example, because clinical trials usually exclude certain populations, such as people who are pregnant or have existing medical conditions, data on potential adverse events related to specific populations may not be understood until vaccines are widely administered.

In addition, it can be difficult to determine the safety of new vaccines if outbreaks end suddenly. For example, vaccine safety studies were hindered during the 2014-2015 Ebola epidemic when a large increase in the number of cases was followed by a sharp decrease. This disrupted the clinical trials of Ebola vaccine candidates, because the trials require many infected and non-infected people.

Furthermore, a lack of understanding and/or misinformation about the steps taken to ensure the safety of vaccines hinders accurate public knowledge about safety concerns, which may cause people to delay or refuse vaccination. This resulting hesitancy may, in turn, increase deaths, social harm, and economic damage.

There are a number of challenges to ensuring safe vaccines: