Climate change is expected to affect financial markets over time. For example, transitioning to a low-carbon economy could reduce the financial performance of companies that emit greenhouse gases. This could pose risks for retirement plans invested in such companies—including the Thrift Savings Plan for federal workers. 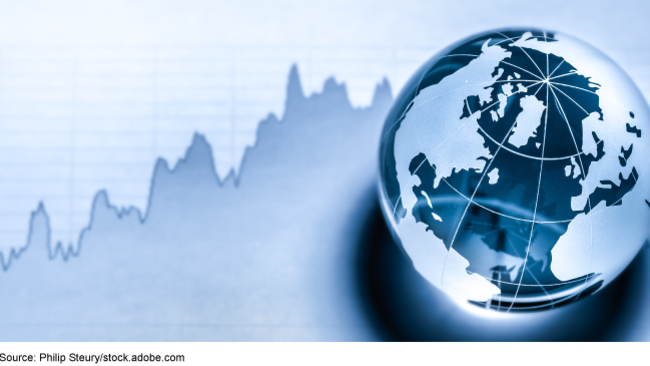 Retirement plans' investments, including those of the Thrift Savings Plan (TSP) for federal employees, could be exposed to financial risks from climate change, according to GAO's literature review and interviews with stakeholders knowledgeable about climate change and financial markets. Stakeholders said climate-related events, from natural disasters to changes in government policy, are expected to impact much of the economy and thereby investment returns (see figure). Retirement plans can assess their exposure to these risks by analyzing the potential financial performance of holdings in their portfolios under projected climate change scenarios.

GAO reviewed retirement plans in the United Kingdom, Japan, and Sweden that had taken steps to incorporate climate change risks into their plan management. Officials from these plans described using engagement—such as outreach to corporate boards—to encourage companies in which they invest to address their financial risks from climate change. Officials had taken other steps as well, such as incorporating climate change as a financial risk into their policies and practices. Officials communicate information on climate-related investment risks through public disclosures and reports.

The agency that oversees TSP, the Federal Retirement Thrift Investment Board (FRTIB), has not taken steps to assess the risks to TSP's investments from climate change as part of its process for evaluating investment options. Officials told us that they use a passive investment strategy and do not focus on risks to a specific industry or company. FRTIB is required by statute to invest TSP's funds passively, however, it has previously identified and addressed investment risks. For example, in the 1990s, FRTIB reviewed its investment policies and recommended adding an international equities fund and a small- and medium-capitalization stock fund, both passively managed, to incorporate classes of assets that it determined were missing from TSP's investment mix. Stakeholders in the financial sector, including an advisory panel to a federal financial regulator, have stated that it is important to consider the investment risks from climate change. Evaluating such risks is also consistent with GAO's Disaster Resilience Framework. Taking action to understand the financial risks that climate change poses to the TSP would enhance FRTIB's risk management and help it protect the retirement savings of federal workers.

Climate change is expected to have widespread economic impacts and pose risks to investments held by retirement plans, including the federal government's TSP. As of November 2020, TSP had 6 million active and retired federal employee participants and nearly $700 billion in assets. GAO was asked to examine how the agency that oversees TSP has addressed its exposure to such risks.

GAO recommends that FRTIB evaluate TSP's investment offerings in light of risks related to climate change. FRTIB did not indicate whether it agreed or disagreed with the recommendation and stated that it subscribes to a strict indexing discipline and efficient market theory.