The Health Resources and Services Administration estimates that about 25% of the U.S. population lives in an area with too few primary care physicians. Its National Health Service Corps programs offer scholarships and loan repayments to primary, dental, or mental health care providers in exchange for working in areas where there are shortages.

Our review of the programs for FY 2020 found: 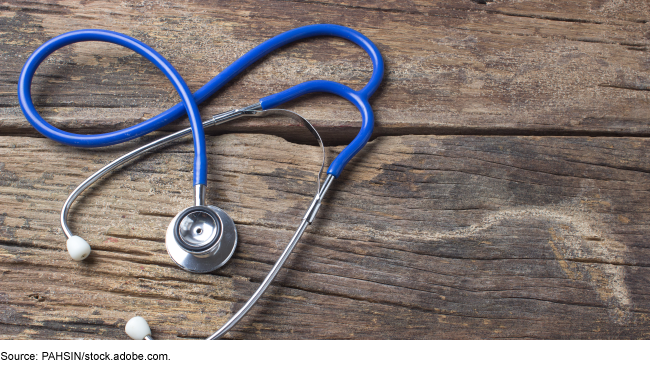 In fiscal year 2020, approximately 14,000 providers of primary, dental, and mental health care served as part of National Health Service Corps (NHSC) programs, receiving federal funding in exchange for providing care in a health professional shortage area (HPSA). Successful NHSC applicants can either receive loan repayment funding while working at a HPSA site or receive funding while in school in exchange for service in a HPSA after their graduation, depending on the NHSC program. Sites are given HPSA scores, with a higher score indicating a more severe provider shortage. The majority of NHSC funding (80 percent) is directed to providers already working at a HPSA, rather than to funding scholarships, according to Health Resources and Services Administration (HRSA) officials. In fiscal year 2020, the most common types of NHSC providers who received funding to work at a NHSC site were nurse practitioners (26 percent), physicians (15 percent), and licensed clinical social workers (12 percent). The majority of providers served in a federally qualified health center (60 percent), and providers served in all 50 states, the District of Columbia, and five U.S. territories.

In fiscal year 2020, 43 percent of the 11,102 providers who newly applied to NHSC programs did not receive funding. The Scholarship Program and the Substance Use Disorder Workforce Loan Repayment Program had the lowest and highest percentages of applicants who received funding, respectively. Physicians, physician assistants, and dentists had the highest proportions of applicants who did not receive funding. HRSA prioritizes funding to providers serving in HPSAs with more severe provider shortages, and in NHSC's largest program, the General Loan Repayment Program, 959 applicants who did not receive funding were denied because they worked in a relatively less severe shortage area with a lower HPSA score, rather than because their application was incomplete or ineligible. Although these shortage areas were relatively less severe, 40 percent of these applicants were nonetheless providing care at sites with HPSA scores that were in the upper half of possible scores. If additional NHSC funding was available, these applications would be the next to receive reviews by HRSA and potentially receive funding, according to HRSA's guidance.

HRSA—an agency within the Department of Health and Human Services—estimated that, as of December 2020, about 25 percent of the U.S. population lives in an area with a shortage of providers. HRSA's NHSC programs offer scholarships and loan repayment to providers in exchange for providing primary, dental, or mental health care at certain clinical sites located in HPSAs, which are areas, populations, or facilities that have a shortage of physicians and other health professionals. HRSA ranks HPSAs by level of severity using several measures, including how many providers need to be added to serve the population.

GAO was asked to review the NHSC programs. This report describes (1) how many providers served in NHSC and where they served, and (2) how many applicants did not receive funding, among other objectives.

GAO analyzed data from HRSA, including data on NHSC providers and the sites at which they served in fiscal year 2020 and the applications approved and denied funding for fiscal year 2020.

The Department of Health and Human Services provided technical comments on this report, which GAO incorporated as appropriate.