Between 1999 and 2019, more than 800,000 people have died from drug overdoses in the United States. We found that in recent years, most states have enacted Good Samaritan laws to help reduce overdose deaths and respond to opioid overdoses. These laws protect people from certain criminal penalties if they call 911 to save an overdose victim.

We also reviewed 17 studies on the effectiveness of the laws and found:

But these findings have limitations, due in part to the small number of studies. 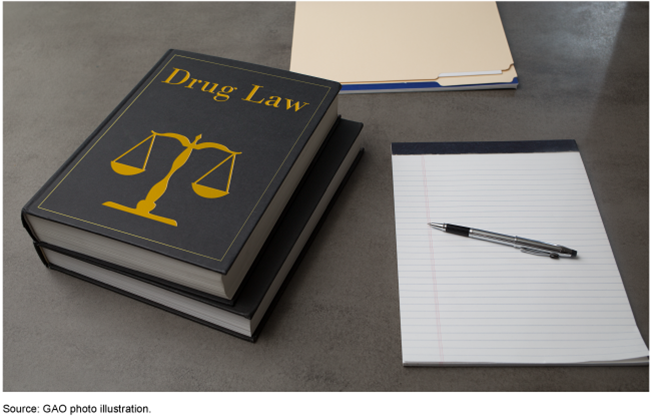 GAO found that 48 jurisdictions (47 states and D.C.) have enacted both Good Samaritan and Naloxone Access laws. Kansas, Texas and Wyoming do not have a Good Samaritan law for drug overdoses but have a Naloxone Access law. The five U.S. territories do not have either type of law. GAO also found that the laws vary. For example, Good Samaritan laws vary in the types of drug offenses that are exempt from prosecution and whether this immunity takes effect before an individual is arrested or charged, or after these events but before trial.

GAO reviewed 17 studies that provide potential insights into the effectiveness of Good Samaritan laws in reducing overdose deaths or the factors that may contribute to a law's effectiveness. GAO found that, despite some limitations, the findings collectively suggest a pattern of lower rates of opioid-related overdose deaths among states that have enacted Good Samaritan laws, both compared to death rates prior to a law's enactment and death rates in states without such laws. In addition, studies found an increased likelihood of individuals calling 911 if they are aware of the laws. However, findings also suggest that awareness of Good Samaritan laws may vary substantially across jurisdictions among both law enforcement officers and the public, which could affect their willingness to call 911.

Since 1999, more than 800,000 people have died from a drug overdose in the United States, with over 86,000 occurring during the 12-month period ending in July 2020, according to the most recent provisional data available from the Centers for Disease Control and Prevention's National Center for Health Statistics. In recent years, some states have enacted Good Samaritan and Naloxone Access laws to help reduce overdose deaths and respond to opioid overdoses.

The Comprehensive Addiction and Recovery Act of 2016 included a provision for GAO to review these laws. This report addresses the following: (1) the efforts ONDCP has taken to collect and disseminate information on Good Samaritan and Naloxone Access laws, (2) the extent to which states, territories, and D.C. have these laws and the characteristics of them, and (3) what research indicates concerning the effects of Good Samaritan laws.

To answer these questions, GAO collected and reviewed ONDCP documents and interviewed agency officials. GAO also reviewed and analyzed selected characteristics of jurisdictions' Good Samaritan and Naloxone Access laws. Further, GAO conducted a literature review of empirical studies published from 2010 through May 2020 that examined the effects of Good Samaritan laws.

GAO provided a draft of this report to ONDCP for comments. ONDCP provided technical comments which we incorporated, as appropriate.