Federal research funding is key for advancing science and innovation. But federal funding comes with administrative requirements—e.g., documentation and reporting—that allow for oversight. Are those requirements getting in the way of research? The Office of Management and Budget could find out.

A 2016 law requires the OMB to establish a board to provide information on the effects of regulations related to federal research requirements and make recommendations on aligning and streamlining requirements.

It hasn't done so and authority for the board ends on Sept. 30, 2021. Congress should consider extending the board's authorization. 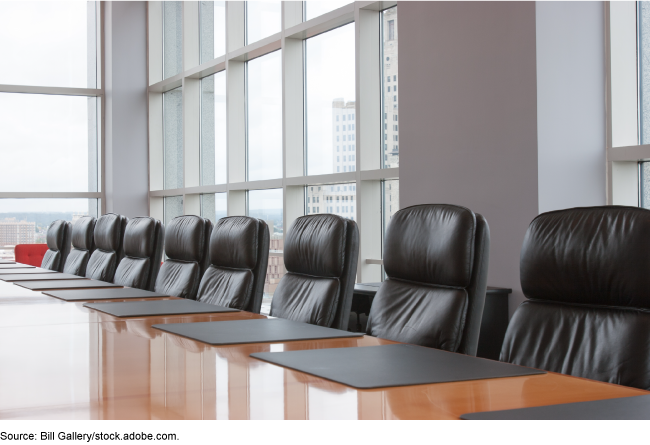 As of January 2021, the Office of Management and Budget (OMB) had not established the Research Policy Board as required by the 21st Century Cures Act. The act requires OMB to establish the Board within 1 year of the December 13, 2016 enactment of the act. The Board is to provide information on the effects of regulations related to federal research requirements. OMB stated that it had not established the Board because of issues with the Department of Health and Human Services’ (HHS) and other federal agencies’ full participation in the Board’s potential activities to develop or implement a modified approach to indirect cost policies.

According to OMB, “the Board would necessarily delve into issues related to compliance burden and indirect cost reimbursement to entities that receive federal funding for research.” Specifically, OMB pointed to a statutory provision appearing in annual appropriations bills that it believes prohibits HHS and other agencies from taking action on issues that could implicate certain indirect cost provisions. According to OMB, this provision could, if continued in future bills, “complicate or even possibly prohibit HHS from participating in major elements of the Board’s process.”

OMB stated that, without representation of a major research agency such as the National Institutes of Health (NIH), which is part of HHS, “OMB would not be equipped to meet the statutory goals of the Board.” However, HHS stated in October 2020 that the indirect cost provision would not prohibit NIH’s participation on the Board and that the department was not aware of any other appropriations law provision that would prohibit such participation. GAO has no basis to disagree with HHS’s position.

The 21st Century Cures Act does not specifically direct the Board to examine issues related to indirect costs, and we identified other issues that may fall within the scope of the Board’s activities. For example, the act specifies five activities that the Board may conduct, including creating a forum for the discussion of research policy or regulatory gaps, and identifying regulatory process improvements and policy changes. The Board could consider examining these or other issues related to streamlining and harmonizing regulations and reducing administrative burden in federally funded research in accordance with the 21st Century Cures Act.

By not having established the Board, OMB is missing opportunities for the Board to provide information on the effects of regulations related to requirements for federally funded research, and to make recommendations to harmonize and streamline such requirements. Further, OMB has limited time to establish the Board and the Board may have insufficient time to complete its work before the Board is set to terminate on September 30, 2021.

The 21st Century Cures Act requires OMB to establish an advisory committee, to be known as the Research Policy Board, that is responsible for making recommendations on modifying and harmonizing regulation of federally funded research to reduce administrative burden. The Board is to consist of both federal and non-federal members and include not more than 10 members from federal agencies, including officials from OMB, the Office of Science and Technology Policy (OSTP), HHS, the National Science Foundation, and other departments and agencies that support or regulate scientific research, as determined by the OMB Director.