Incarcerated pregnant women are a vulnerable population with special needs. For example, national guidance says that they should receive regular prenatal care, screening, and diagnostic tests. However, we found that while the U.S. Marshals Service and the Bureau of Prisons have policies on pregnancy-related care, they do not always align with the national guidance.

We recommended that the Marshals Service and the Bureau take steps to more closely align their policies with national guidance on pregnancy-related care to ensure pregnant and postpartum women in their custody receive appropriate treatment and care. 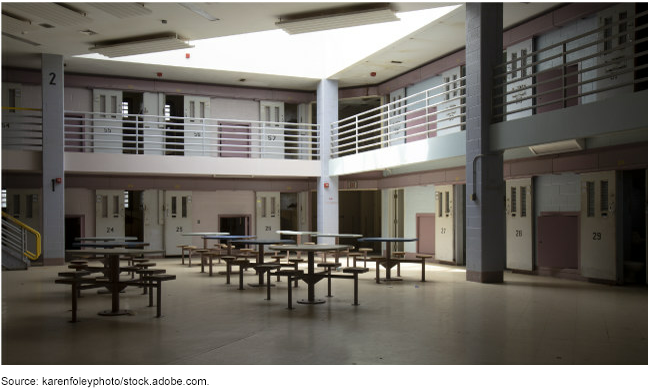 GAO analyses of available data show that from calendar year 2017 through 2019, there were at least 1,220 pregnant women in U.S. Marshals Service (USMS) custody and 524 pregnant women in Bureau of Prisons (BOP) custody.

Pregnant Women in USMS and BOP Custody: Number, Age, Race, and Length of Time in Custody from 2017 through 2019

aUSMS does not track pregnancy outcomes, so length of time in custody may include time when the women were not pregnant. For BOP, the length of time represents only the period of pregnancy.

Policymakers and advocacy groups have raised questions about the treatment of incarcerated pregnant women, including the use of restrictive housing—removal from the general prisoner population with the inability to leave the cell for the majority of the day—and restraints. Within DOJ, USMS is responsible for prisoners awaiting trial or sentencing. BOP is responsible for sentenced prisoners. GAO was asked to review issues related to pregnant women in USMS and BOP custody.

This report examines (1) what DOJ data indicate about pregnant women in USMS and BOP custody; (2) the extent to which USMS and BOP policies align with national guidance on pregnancy-related care; and (3) what is known about the care provided and the extent to which USMS and BOP track when pregnant women are placed in restrictive housing or restraints. GAO analyzed available agency data from calendar years 2017 through 2019, which were the most recent data available; compared agency policies to relevant national guidance; and interviewed officials and a non-generalizable sample of prisoners who had been pregnant in USMS or BOP custody.

GAO is making six recommendations, including that USMS and BOP take steps to more closely align their policies with national guidance on pregnancy-related care as feasible, and that USMS require facilities to collect data on and notify USMS when pregnant or postpartum women are placed in restrictive housing. DOJ concurred with our recommendations.