U.S. agencies provide training and equipment for park rangers overseas to combat wildlife trafficking and protect natural areas. However, media and non-governmental organization reports have alleged that U.S.-funded organizations have supported park rangers who have committed human rights violations, including sexual assaults and killings in Africa and Asia. 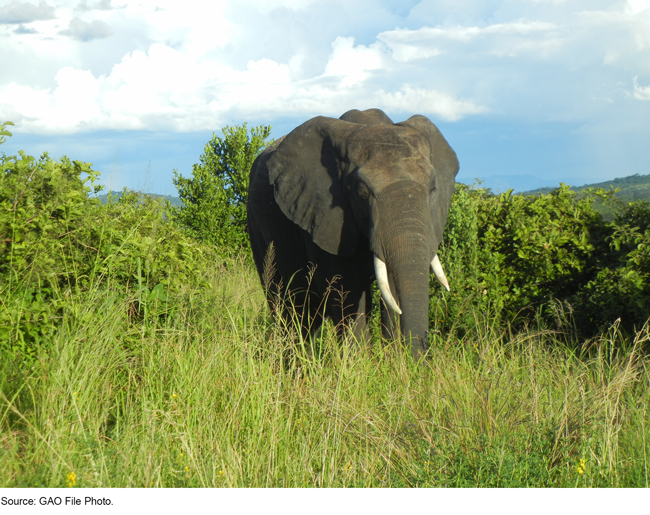 U.S. agencies primarily use Leahy vetting as the enforcement mechanism to prevent U.S. funding for combating wildlife trafficking from supporting human rights abuses. Statutory provisions commonly referred to as "Leahy Laws" prohibit the U.S. government from using certain funds to assist units of foreign security forces where there is credible information they have committed a gross violation of human rights. The Department of State (State) and the U.S. Agency for International Development (USAID) generally consider park rangers to be foreign security forces that are authorized to search, detain, arrest, or use force against people, and thus subject to Leahy vetting, according to agency officials. State or USAID may provide funding to the Department of the Interior's Fish and Wildlife Service (FWS) that it then uses to support park ranger activities. In those instances, FWS submits the candidates' applications to State for Leahy vetting. According to a State official, Leahy approval of a security force unit is good for 1 year, and State must vet individuals again if their unit continues to receive support from State or USAID funding sources.

Both U.S. agencies and implementing partners took a variety of steps in response to recent allegations of human rights abuses by overseas park rangers. For example, a State official in the Central Africa region told GAO that while the Democratic Republic of the Congo embassy's vetting program has very strict control mechanisms, the International Narcotics and Law Enforcement Affairs Bureau requested quarterly reports to facilitate a review of all assistance to park rangers to ensure that any reported activities were vetted according to Leahy Laws. USAID officials told GAO that in addition to continuing Leahy vetting, the agency's response included strengthening human rights training and conducting a site visit to a park in the DRC where human rights abuses had allegedly occurred. According to officials, the visit involved speaking with beneficiaries to further understand the allegations and efforts to assess root causes, mitigate impacts, and stop future occurrences, including making referrals to appropriate law enforcement authorities if warranted. FWS officials also stated that they take seriously allegations that U.S implementing partners have supported park rangers who have committed human rights abuses. Since June 2019, the Department of the Interior has approved no new awards to the World Wildlife Fund (WWF)—one of the implementing partners which has supported park rangers alleged to have committed human rights abuses. Moreover, the International Affairs program within FWS has put all new funding on hold since September 2019, pending a departmental review.

Agencies are also implementing various changes in response to congressional directives on safeguarding human rights. For example, State officials told GAO that they have added language to all notices for countering wildlife trafficking awards that requires implementing partners to include social safeguards plans in their projects. The plans will articulate an understanding of how their work could negatively affect local communities. USAID officials stated that USAID has included provisions in new agreements with FWS that require adherence to the congressional directives. FWS officials also confirmed that they are cooperating with USAID in these efforts.

Implementing partners—WWF, the Wildlife Conservation Society (WCS), and African Parks (AP)—have all conducted investigations to address allegations of human rights abuses by park rangers, according to officials from these organizations. They have also developed grievance mechanisms to report human rights abuses. For example, WWF has received 50 complaints in roughly the past year related to its project work, according to WWF representatives. WWF has responded to complaints of human rights abuses through this mechanism by reporting the allegations to relevant authorities and meeting with community representatives.

U.S. agencies provide training and equipment for park rangers overseas to combat wildlife trafficking. From fiscal years 2014 through 2020, the U.S. government provided approximately $554 million to undertake a range of activities through federal agencies and in cooperation with implementing partner organizations in the field. Multiple non-governmental organization and media reports, however, have alleged that organizations that have received U.S. funds have supported park rangers engaged in combating wildfire trafficking who have committed human rights violations since the mid-2000s. GAO was asked to review human rights protection mechanisms related to U.S. efforts to combat wildlife trafficking. This report examines 1) what enforcement mechanisms agencies have to prevent U.S. funded efforts to combat wildlife trafficking from supporting human rights abuses and how they implement them, and 2) how agencies and implementing partners address allegations of human rights abuses. GAO spoke with agency officials and implementing partner representatives locally in person and overseas by phone, and collected and analyzed information related to program implementation.

For more information, contact Kimberly Gianopoulos at (202) 512-8612 or gianopoulosk@gao.gov.