Servicemembers who are stationed in the U.S. may get housing allowances to help cover the cost of suitable private housing—such as commercial apartments or rental homes. The Department of Defense annually spends billions on housing allowances as one of the largest parts of military compensation.

In 44% of the cases we examined, the DOD didn't collect enough data on some locations and housing types to accurately represent housing costs in those areas. As a result, housing allowance rates may have been set inaccurately.

We recommended (among other things) that the DOD collect more data to help ensure that housing allowance rates are accurate. 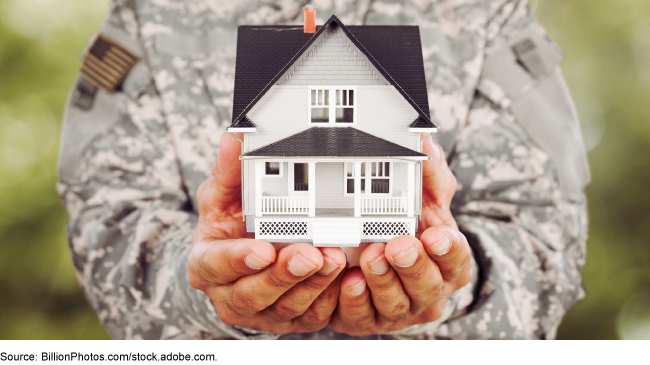 The Department of Defense (DOD) has established a process to determine basic allowance for housing (BAH) rates, which help cover the cost of suitable housing in the private sector for servicemembers. However, DOD has not always collected rental data on the minimum number of rental units needed to estimate the total housing cost for certain locations and housing types. GAO analysis found that 44 percent (788 of 1,806) of locations and housing types had fewer than the minimum sample-size target. Until DOD develops ways to increase its sample size, it will risk providing housing cost compensation that does not accurately represent the cost of suitable housing for servicemembers.

These distortions occurred because the legal requirements for calculating the BAH reduction and the congressionally mandated payments differ. Specifically, the law requires that the BAH reduction be a set dollar amount, regardless of location, while payments to privatized housing projects are required to differ by location. This required method of calculating the BAH reduction amounts is consistent with how prior reductions were calculated. According to DOD, BAH rates were reduced so that servicemembers share a portion of housing costs, and that reduction amount was the same for servicemembers with the same pay grade and dependency status, regardless of location. Until Congress takes steps to ensure congressionally mandated payment calculations are consistent with how BAH reductions are calculated, some privatized housing projects will continue to receive more or less than was intended.

DOD spent about $20 billion in fiscal year 2019 on BAH—often one of the largest components of military pay. BAH is designed to cover a portion of servicemembers' housing rental and utility costs in the private sector. Starting in 2015, DOD reduced BAH rates so that servicemembers share a portion of housing costs. The majority of servicemembers rely on the civilian housing market, while others rely on government housing or privatized housing projects. These projects rely on BAH as a key revenue source. In 2018-2020, Congress required DOD to make payments to these projects to help offset the BAH reduction.

Senate Report 116-48 included a provision for GAO to review DOD's BAH process. This report evaluates, among other things, the extent to which (1) DOD established a process to determine BAH and (2) DOD's congressionally mandated payments to projects lessened the effects of BAH reductions. To conduct this work, GAO reviewed relevant guidance and other documents, analyzed key data, and interviewed cognizant DOD officials.

GAO is making a matter for congressional consideration to revise statutory language to ensure payments to privatized housing projects are consistent with BAH reductions. GAO is also making three recommendations, including that DOD review its sampling methodology to increase sample size. DOD concurred with two recommendations. DOD also partially concurred with one recommendation, which GAO continues to believe is valid, as discussed in the report.