The 340B Drug Pricing Program allows certain types of hospitals, clinics, and other entities to get discounts on prescription drugs to dispense to eligible patients. Participating entities must comply with requirements in the 340B law related to eligibility, among other things.

We looked at how the Department of Health and Human Services uses audits and other efforts to assess compliance.

HHS audits have found more than 1,500 instances of noncompliance since FY 2012. Also, HHS officials told us that it's hard to correct noncompliance in certain areas, such as patient eligibility, because the law doesn't address those areas in detail. 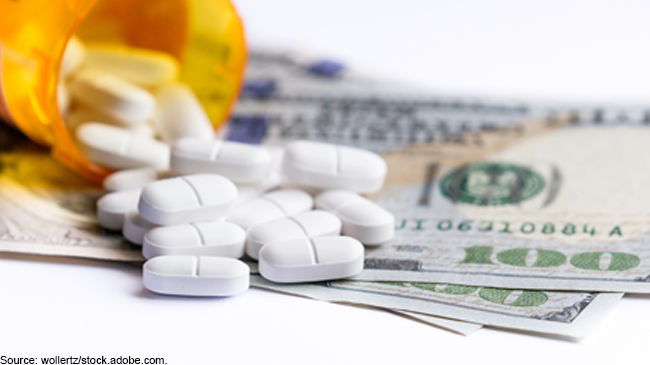 The 340B Drug Pricing Program (340B Program) requires drug manufacturers to sell outpatient drugs at a discount to covered entities—eligible hospitals and other entities participating in the program—in order for their drugs to be covered by Medicaid. Participation in the 340B Program has grown from nearly 9,700 covered entities in 2010 to 12,700 in 2020. The Department of Health and Human Services' (HHS) Health Resources and Services Administration (HRSA) administers the program and oversees covered entities' compliance with 340B Program requirements through annual audits, among other efforts. If audits identify noncompliance with program requirements, HRSA issues findings to covered entities and requires them to take corrective action to continue participating in the 340B Program (see table).

Audit Findings Issued to Covered Entities by the Health Resources and Services Administration (HRSA) for Fiscal Years 2012-2019, as of September 2020

HRSA officials told GAO that, beginning in fall 2019, the agency started issuing findings only when audit information presents a clear and direct violation of the requirements outlined in the 340B Program statute. HRSA officials explained that guidance, which is used to interpret provisions of the 340B statute for the purposes of promoting program compliance among covered entities, does not provide the agency with appropriate enforcement capability. For example, HRSA officials reported that there were instances among fiscal year 2019 audits in which the agency did not issue findings for a failure to comply with guidance related to contract pharmacies in part because the 340B statute does not address contract pharmacy use and, therefore, there may not have been a clear statutory violation.

In addition to audits, HRSA provides education to covered entities about 340B Program requirements and has implemented other efforts to identify noncompliance. For example, HRSA

requires all covered entities to recertify their eligibility to participate in the 340B Program annually (e.g., self-attesting to compliance); and

uses a self-disclosure process through which covered entities can disclose and correct self-identified instances of noncompliance.

GAO reviewed documentation, including relevant federal laws and regulations and HRSA's policies, procedures, and guidance, related to 340B Program oversight. GAO also reviewed HRSA data on the number and type of audit findings made from audits finalized during fiscal years 2012 through 2019 as of September 2020—the latest data available at the time of the audit. GAO also interviewed officials from HRSA, agency contractors, and 340B Program stakeholders.

GAO provided a draft of this report to HHS for review. The agency provided written and technical comments on the draft, both of which were incorporated as appropriate.