Across the world, millions of adults and children are forced into labor or service, raising humanitarian and economic concerns. Importing products made by forced labor is banned in the United States.

Customs and Border Protection conducts civil enforcement to prevent goods made by forced labor from entering the country. Immigration and Customs Enforcement pursues criminal violations, such as human traffickers profiting off of forced labor.

Although CBP increased enforcement efforts to address forced labor, it didn't determine if it had enough staff with the right skills. Our recommendations included that CBP assess its workforce needs. 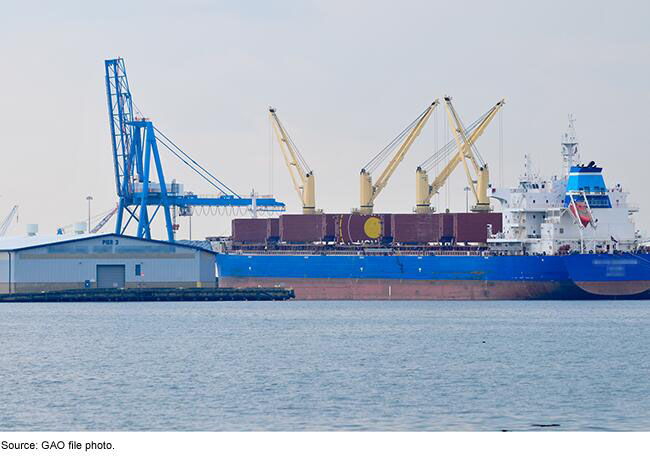 Since 2016, U.S. Customs and Border Protection (CBP), within the Department of Homeland Security (DHS), has increased its resources to enforce a prohibition on importing goods made with forced labor, but has not determined its workforce needs. CBP formed the Forced Labor Division in 2018 to lead its efforts, and increased expenditures for the division from roughly $1 million in fiscal year 2018 to $1.4 million in fiscal year 2019. However, CBP has not assessed and documented the staffing levels or skills needed for the Forced Labor Division. For example, the division suspended some ongoing investigations due to a staff shortage and has plans to expand and train its workforce; however, the division has not assessed the number, type, locations, or specialized skills of positions it needs to achieve programmatic results. Without assessing its workforce needs, the division lacks reasonable assurance that it has the right number of people, with the right skills, in the right places.

CBP has increased forced labor investigations and civil enforcement actions, but managers lack complete and consistent data summarizing cases. CBP detained shipments under 13 Withhold Release Orders (WRO) from 2016 through 2019, as shown in the figure below. However, the Forced Labor Division uses incomplete and inconsistent summary data to monitor its investigations. For example, data were missing on the sources of evidence collected for almost all active cases. Incomplete and inconsistent summary data on the characteristics and status of cases may hinder managers' effective monitoring of case progress and enforcement efforts.

GAO was asked to review the status of DHS resources for implementing the Section 307 prohibition on forced labor imports, following an amendment of the law in 2016. This report examines (1) the extent to which CBP assessed agency needs for the enforcement of the prohibition on forced labor imports, (2) the outcome of CBP enforcement activities and monitoring of such efforts, and (3) ICE resources for investigations on forced labor. GAO reviewed CBP and ICE documents and data, and interviewed agency officials. This is a public version of a sensitive report GAO issued in July 2020. Information that CBP deemed sensitive has been omitted.