Climate change may increase the frequency and intensity of certain natural disasters, which could damage Superfund sites—the nation’s most contaminated hazardous waste sites.

We found that EPA has taken some actions to manage risks at these sites. However, we recommend it provide direction on integrating climate information into site-level decision making to ensure long-term protection of human health and the environment. 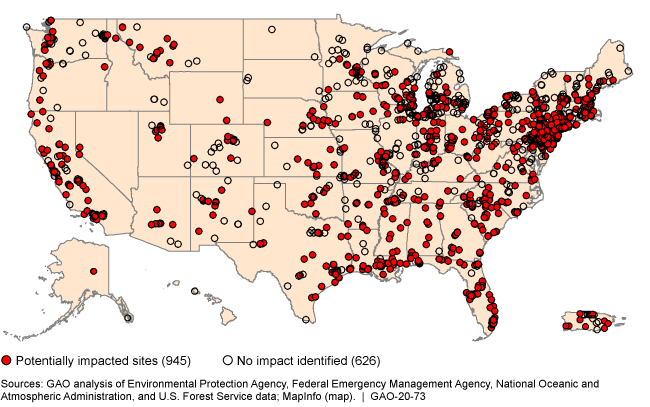 Nonfederal NPL Sites Located in Areas that May Be Impacted by Flooding, Storm Surge, Wildfires, or Sea Level Rise 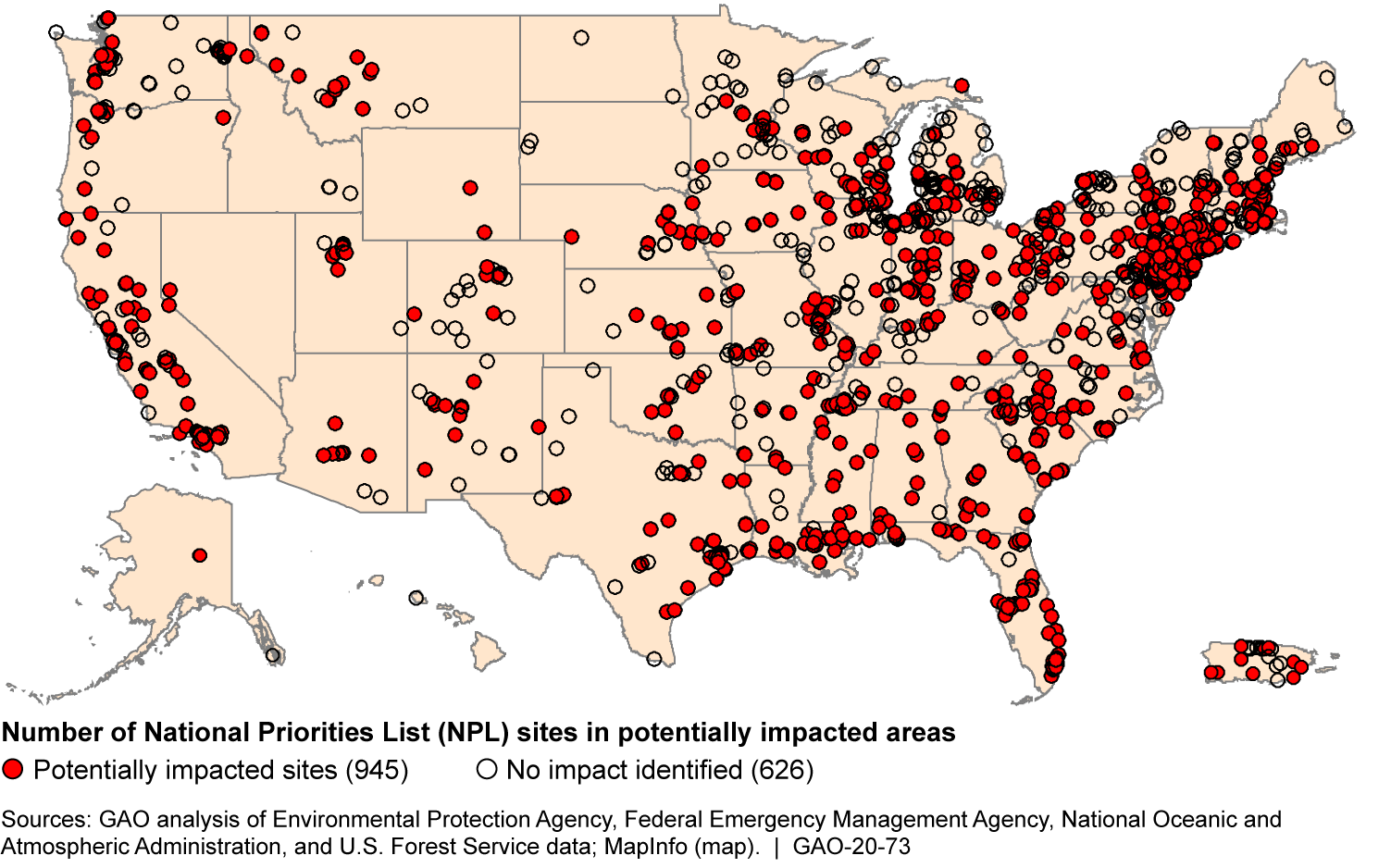 Administered by EPA, Superfund is the principal federal program for addressing sites containing hazardous substances. EPA lists some of the most seriously contaminated sites—most of which are nonfederal—on the NPL and has recorded over 500 contaminants, including arsenic and lead, at those sites. Climate change may make some natural disasters more frequent or more intense, which may damage NPL sites and potentially release contaminants, according to the Fourth National Climate Assessment.

GAO was asked to review issues related to the impact of climate change on nonfederal NPL sites. This report examines, among other objectives, (1) what available federal data suggest about the number of nonfederal NPL sites that are located in areas that may be impacted by selected climate change effects and (2) the extent to which EPA has managed risks to human health and the environment from the potential impacts of climate change effects at such sites. GAO analyzed available federal data; reviewed laws, regulations, and documents; interviewed federal officials and stakeholders; visited three nonfederal NPL sites that experienced natural disasters; and compared EPA actions to manage risk to GAO’s six essential elements of enterprise risk management.

GAO is making four recommendations to EPA, including that it clarify how its actions to manage risks at nonfederal NPL sites from potential impacts of climate change align with current goals and objectives. EPA agreed with one recommendation and disagreed with the other three. GAO continues to believe that all four are warranted.

Climate Change and the Nation’s Most Contaminated Hazardous Waste Sites