Normally, if federal contractors can't work, agencies don't pay them. But section 3610 of the CARES Act allows agencies, at their discretion, to reimburse contractors for the cost of paid leave during the COVID-19 pandemic.

The Act was passed in March 2020. Between then and early July, all the agencies we reviewed issued some form of guidance to implement section 3610. In July, the Office of Management and Budget released guidance to address discrepancies in the agencies' guidance.

So far, most agencies haven't reported using section 3610 much, but DOD indicated that it could receive billions of dollars in reimbursement requests in the future. 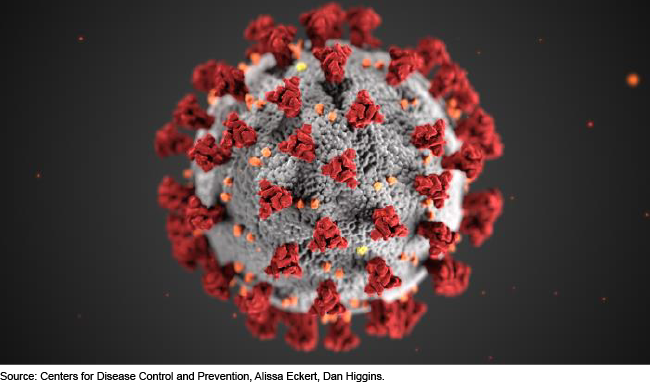 Section 3610 of the Coronavirus Aid, Relief, and Economic Security (CARES) Act generally authorizes agencies at their discretion to reimburse a contractor for the cost of paid leave incurred during the pandemic so that it can maintain its workforce in a ready state. Between March 2020—when the CARES Act was enacted—and early July 2020, the Office of Management and Budget (OMB) and each of the seven other agencies in GAO's review issued guidance to implement section 3610. While largely similar, GAO's work identified some differences across these guidance documents, including the extent to which the rates used to calculate these reimbursements could include profit or fees. OMB issued additional guidance on July 14, 2020, that addressed these differences and clarified how agencies should handle each situation. For example, OMB noted that profit or fees should generally not be reimbursed but provided options for addressing situations in which removing profit or fees would be burdensome.

OMB advised agencies to report the amount reimbursed using section 3610 authority via contract modifications to the Federal Procurement Data System-Next Generation (FPDS-NG). After excluding reported obligations identified by agency officials as not associated with section 3610 authority, the reported data indicated that agencies made relatively little use of the authority through July 2020 (see figure). However, the Department of Energy (DOE) reimbursed contractors for almost $550 million in paid leave costs, stating it used existing obligations rather than adding funding via a contract modification. As a result, these amounts were not reported to FPDS-NG as section 3610 reimbursements.

Agency officials and industry representatives GAO interviewed identified several factors that limited section 3610 obligations to date, including the absence of dedicated funding. With the exceptions of the Department of Defense (DOD) and DOE, agency officials GAO met with either did not expect a large amount or were uncertain about the level of future requests for section 3610 reimbursements. DOD officials stated that they expected requests amounting to billions of dollars.

In March 2020, Congress passed the CARES Act, which provides over $2 trillion in emergency assistance and healthcare response for individuals, families, and businesses affected by COVID-19. The CARES Act also includes a provision for GAO to review federal contracting pursuant to authorities provided in the Act. This report addresses the implementation of section 3610 of the CARES Act, which authorizes federal agencies to reimburse contractors for paid leave related to the COVID-19 pandemic through September 30, 2020.

GAO reviewed relevant guidance issued by OMB and the seven federal agencies with contract obligations greater than $10 billion in fiscal year 2019; interviewed cognizant officials from OMB and each agency; and reviewed comments provided by and spoke with representatives from four industry associations. GAO also analyzed public procurement data reported by selected agencies to FPDS-NG through July 20, 2020 on the use of section 3610 authority.

GAO will continue to assess how agencies are implementing section 3610 authority as part of a series of planned reports regarding the federal response to COVID-19.