Our undercover agents conducted 31 tests on health insurance sales representatives to gauge their use of deceptive practices, such as making false statements about coverage. Agents said they had pre-existing conditions, such as diabetes, and sought coverage.

In 8 tests, sales representatives engaged in potentially deceptive practices, such as claiming the pre-existing condition was covered when plan documents said otherwise. We referred these cases to the Federal Trade Commission. 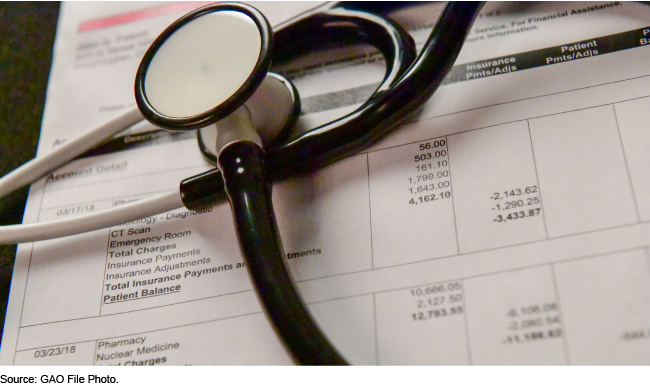 GAO performed 31 covert tests to selected sales representatives and stated that we had pre-existing conditions, such as diabetes or heart disease, and we requested coverage for these conditions to see if the sales representative directed GAO's undercover agents to a comprehensive Patient Protection and Affordable Care Act (PPACA)-compliant plan, or a PPACA-exempt plan that does not cover what we requested. As part of these tests, GAO gauged whether sales representatives engaged in potentially deceptive practices, such as making false or misleading statements about coverage or omitting material information about coverage.

Millions of Americans obtain health insurance coverage in the individual market, which consists mainly of private plans sold directly to consumers without access to group coverage. While generally regulated by states, starting in 2014, PPACA established a number of new federal requirements for the individual health insurance market. For example, PPACA prohibited insurers from excluding coverage or charging higher premiums for pre-existing conditions and required that individual market plans cover a set of essential health benefits, including coverage for mental health and substance abuse disorder services, prescription drugs, and maternity and newborn care.

Certain types of health coverage arrangements that can be sold directly to consumers do not have to comply with some or all of PPACA's individual market requirements and, as a result, may be less expensive, but also offer more limited benefits compared to PPACA-compliant plans. Recent changes to federal law and regulations could result in the increased use of PPACA-exempt health coverage arrangements as alternatives to PPACA-compliant plans in the individual market. For example, in 2018, federal regulations expanded the availability of short term, limited duration insurance (STLDI) plans, a type of PPACA-exempt arrangement. In addition, starting January 1, 2019, individuals who fail to maintain "minimum essential coverage," as required by PPACA, no longer face a tax penalty. Further, the devastating economic effects of the Coronavirus Disease 2019 (COVID-19) pandemic could create additional demand for affordable health coverage, including PPACA-exempt plans.

With these changes, and because of their lower relative costs, PPACA-exempt health coverage arrangements may be attractive to consumers, particularly those who find it difficult to afford PPACA-compliant plans. However, such arrangements generally do not need to follow PPACA's requirement that plans in the individual market be presented to consumers in defined categories outlining the extent to which they are expected to cover medical care. As a result, depending on how they are marketed and sold, PPACA-exempt arrangements could present risks for consumers, if, for example, they buy them mistakenly believing that coverage is as comprehensive as for PPACA-compliant plans.

GAO was asked to obtain insights on the marketing and sales practices of insurance sales representatives who sell PPACA-exempt plans. In this report, GAO describes the results of covert tests we conducted involving selected sales representatives, when contacted by individuals stating that they had pre-existing conditions.

In this regard, GAO agents performed a number of covert tests (i.e., undercover phone calls) from November 2019 through January 2020 posing as individuals needing to purchase health insurance to cover pre-existing conditions.

GAO also discussed the marketing and oversight of PPACA-exempt arrangements with senior officials from federal agencies, including the FTC, and Centers of Medicare and Medicaid Services (CMS) within the Department of Health and Human Services (HHS), as well as the National Association of Insurance Commissioners (NAIC)5.