In 2017, the Food and Drug Administration created a new office within the agency to oversee its lab safety program. But, 3 years later, there are still disagreements within the FDA about the office's roles and responsibilities.

We recommended that the FDA resolve disagreements over the office's roles and responsibilities and provide it with the authority to oversee lab safety. 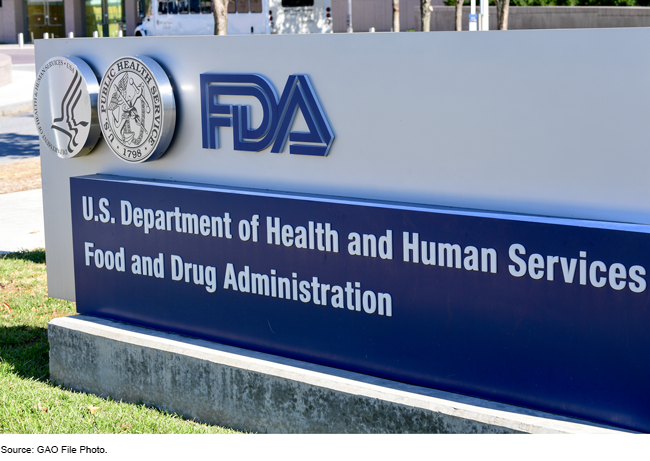 The Food and Drug Administration (FDA) has taken steps intended to improve safety at its laboratories, including those that work with hazardous biological agents. Specifically, FDA created the Office of Laboratory Safety (OLS) in 2017 as a safety oversight body for all FDA laboratories.

Note: Prior to March 2019, OLS was referred to as the Office of Laboratory Science and Safety.

In coordination with FDA's operating divisions—known as centers—OLS has standardized safety policies, incident reporting, inspections, and safety training. However in creating OLS, FDA did not implement key reform practices that could have helped ensure OLS's effectiveness. For example, FDA's centers and OLS did not reach a shared understanding of OLS's roles and responsibilities—a key practice for effective agency reforms. Although senior agency leaders were involved in developing OLS's strategic plan, disagreements about OLS's role raised by center directors at that time still remain. For example, center directors told GAO that OLS's mission should not include science, laboratory quality management, or inspections. Conversely, the director of OLS said OLS remains committed to its mission as envisioned in the strategic plan, which includes these areas of responsibility. FDA officials said they plan to update the plan in 2021, which presents an opportunity for FDA to address areas of disagreement.

In its current form, FDA's laboratory safety program also does not meet the key elements of effective oversight identified in GAO's prior work. For example,

In 2014, FDA discovered improperly stored boxes of smallpox virus, posing a risk to individuals who might have been exposed. This raised concerns about the oversight of FDA's laboratories that conduct research on hazardous biological agents. In 2016, GAO made five recommendations to improve FDA's laboratory safety, four of which the Department of Health and Human Services (HHS) had not fully implemented as of July 2020.

GAO was asked to examine FDA's efforts to strengthen laboratory safety. This report examines FDA's efforts since GAO's 2016 report to improve safety in its laboratories that work with hazardous biological agents.

To conduct this work, GAO reviewed FDA documents; assessed FDA's safety oversight practices against key reform practices and oversight elements GAO identified in prior work; and interviewed FDA officials, including staff and senior leaders at OLS and the three centers that work with hazardous biological agents.

GAO is making five recommendations to FDA, including to resolve disagreements over roles and responsibilities, to provide OLS with the authority and access to facilities necessary to oversee laboratory safety, and to take steps to assess and mitigate any independence risks posed by how OLS is funded. HHS agreed with all five recommendations.