The Coast Guard tracks and supports its activities with its Marine Information for Safety and Law Enforcement data system. It contains information on over 700,000 vessels and more. Earlier efforts to upgrade the system did not deliver all planned improvements, such as an ability to reduce duplicate records.

Problems persist. For example, users told us duplicate entries created uncertainty on whether vessels or their operators had earlier safety violations or warranted inspection. We also identified data errors and missing records.

We made 4 recommendations, including that the Coast Guard address the causes of system data issues. 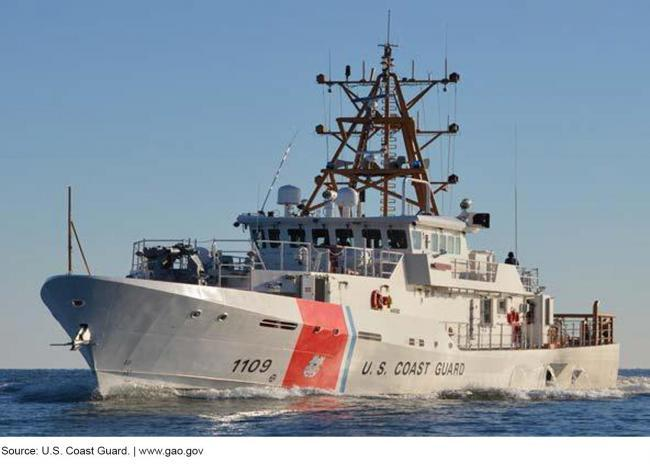 The U.S. Coast Guard's (Coast Guard) Marine Information for Safety and Law Enforcement (MISLE) system is generally able to support agency operations by tracking and aggregating mission activity data, such as commercial vessel inspection results. But the system has some capability gaps, and MISLE users GAO spoke to described numerous challenges with the system. For example, they reported:

being unable to complete work in MISLE while conducting operational activities, since users can only access the system from a workstation connected to the Coast Guard network. Field personnel told GAO it can require rework when they return to their workstations to enter information into MISLE from paper records.

MISLE system managers stated they are aware of these challenges, have begun to address some of them, and agree that MISLE requires further investments to meet user needs.

The Coast Guard has policies, procedures, and training mechanisms to help ensure reliable data; however, GAO's analysis identified multiple data issues, including data errors, incomplete or missing records, and inconsistent data entry. For example, about 20 percent of the fiscal year 2018 records of search and rescue operations showed a negative response time, which Coast Guard officials attributed to data entry errors. The Coast Guard has not assessed the causes of such data errors, and its recent efforts to address certain data issues do not include plans for such an assessment. Such an assessment could help the Coast Guard identify how to ensure more reliable MISLE data.

The Coast Guard has taken steps to update MISLE since its 2001 release; however, it has not followed its own processes to manage subsequent investments. In its most recent upgrade to MISLE, which began in 2008, the Coast Guard did not follow key systems development processes nor deliver some planned functionalities, such as the ability to remediate duplicate vessel records and input data in mobile capacities. The Coast Guard has initiated further efforts to obtain or develop undelivered functionality since the release of the upgraded system in 2015. However, in its fiscal year 2019 operational analysis of MISLE, the Coast Guard identified additional major system deficiencies and user dissatisfaction that it reported require consideration as it pursues system enhancements. Yet, the agency has not taken steps to assess mission needs across the system. By developing an updated mission needs statement for MISLE as a whole, and by identifying and analyzing alternatives to objectively select solutions in accordance with departmental systems engineering guidance, the Coast Guard would be better positioned to address user needs and to more efficiently manage its various investments to improve MISLE.

The Coast Guard, within the Department of Homeland Security (DHS), is the principal federal agency responsible for maritime safety and security. The Coast Guard maintains and uses MISLE—a data system that tracks and reports results data for nearly all Coast Guard missions.

GAO was asked to review the status of MISLE and efforts to update it. This report examines (1) the extent to which MISLE supports Coast Guard operations and decision-making; (2) the extent to which the Coast Guard has policies, procedures, and training to ensure reliable MISLE data; and (3) Coast Guard efforts to enhance, upgrade, or replace MISLE since 2008. GAO reviewed Coast Guard plans and performance documents, policies and procedures related to MISLE data entry; select performance data for four missions from fiscal years 2014 through 2018, the most recent data available; and Coast Guard and DHS systems engineering life cycle and acquisition frameworks. GAO also interviewed Coast Guard field and headquarters MISLE users.