The Agency for International Development provided at least $810 million from FY 2014-2018 for projects that directly and indirectly help countries adapt to climate change. 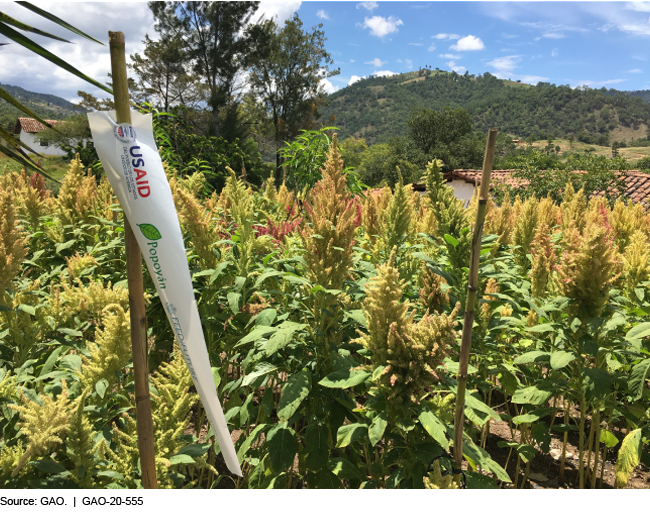 The U.S. Agency for International Development (USAID) provided at least $810 million to directly and indirectly support climate adaptation from fiscal years 2014 through 2018—the latest available data at the time of GAO's analysis. However, USAID ended new funding for programming activities that directly address climate adaptation (i.e., direct funding) in fiscal year 2017 in part due to a shift in administration priorities, according to agency officials. However, following a congressional directive in the fiscal year 2020 appropriations act, USAID restored direct funding for adaptation programming. GAO found that USAID did not consistently report all funding data for activities that indirectly addressed climate adaptation, which does not align with expectations in foreign assistance guidance and internal controls standards. USAID's direct adaptation assistance had the primary program goal of enhancing resilience and reducing vulnerability. For example, in the Philippines, a USAID activity assisted communities in preparing for extreme weather events by developing maps of potential hazards to aid in evacuation planning. USAID attributed funding that indirectly addresses climate adaptation assistance (i.e., indirect funding) from programs with other goals such as agriculture, where priorities include supporting food production and distribution. For example, in Guatemala, a USAID agricultural activity worked with farmers to transition to crops with greater economic benefits that are also drought tolerant. However, not all missions with indirect adaptation assistance reported these funding data and reporting has varied, in part, because the agency has not clearly communicated the expectation to do so. Without addressing this issue, USAID risks providing incomplete and inconsistent data to Congress and others.

A Community Leader Shows the Hazard Map Prepared as Part of a U.S. Agency for International Development Project to Help Adapt to Climate Change in the Philippines

USAID is the primary U.S. government agency helping countries adapt to the effects of climate change. USAID has provided this assistance through activities that directly address climate adaptation as well as indirectly through activities that received funding for other purposes, such as agriculture, but which also support climate adaptation goals.

GAO was asked to review issues related to U.S. foreign assistance for climate adaptation. For USAID, this report examines (1) funding the agency provided for climate adaptation assistance in fiscal years 2014 through 2018, and (2) how climate risk management is implemented. GAO analyzed funding data and documentation of agency activities and climate risk management; interviewed agency and project officials; and conducted fieldwork in three countries receiving adaptation assistance—Guatemala, the Philippines, and Uganda. GAO selected these countries based on the amount of funding they received for climate adaptation activities, geographic diversity, and variety of observed and projected climate effects, among other factors.

GAO recommends that USAID communicate to its missions and bureaus that they are expected to report all data on funding that indirectly addresses climate adaptation. USAID agreed with the recommendation and outlined a number of steps the agency plans to take to improve the reporting of these data.