CRISPR is a gene editing technology that allows scientists to make specific, targeted changes to DNA.

Scientists are using CRISPR to develop treatments for medical conditions, including blindness and some cancers, as well as to create tests to rapidly identify COVID-19 and other infections. CRISPR may also be used to strengthen crops, develop new biofuels, and more.

As with any gene editing technology, unintended consequences are possible. For example, if CRISPR targets an unintended location within the DNA, edits could lead to disease. Many countries are struggling with how to regulate these technologies. 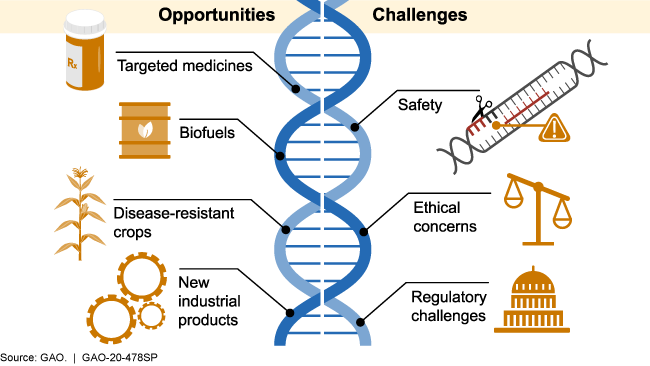 CRISPR allows scientists to change DNA more quickly and efficiently than previous methods. Thousands of laboratories use it to research the potential development of new crops, medicines, and other advances that could have a significant impact. As a result, it has received widespread attention. However, there are safety, ethical, and regulatory concerns.

CRISPR is one type of gene editing technology that allows scientists to modify DNA, the hereditary information in humans and almost all other organisms. Modifying DNA can lead to changes in an organism’s characteristics, such as eye color or susceptibility to disease.

CRISPR leverages a natural defense mechanism of bacteria to cut DNA at a specific location. Specifically, when bacteria are attacked by a virus, they record a section of the virus’s DNA in their own DNA, bookending it with a repeating sequence called Clustered Regularly Interspaced Palindromic Repeats (CRISPR). Storing part of the virus’s genetic code allows the bacteria to “remember” it. When the same type of virus attacks again, the bacteria use a specific CRISPR-associated protein number 9 (CAS9) to cut the virus’s DNA, destroying the virus.

In the laboratory, scientists use this same CRISPR/CAS9 system to identify and cut a specific DNA sequence. They do this by creating an RNA sequence that matches the DNA they want to edit. (RNA may also carry genetic information.) Then, using this RNA sequence to guide the CAS9 protein to that location, scientists can effectively reprogram CAS9 to cut DNA at any desired location. Once CRISPR/CAS9 cuts the specific DNA that has been targeted, scientists use other techniques to add, delete, or modify the DNA.

Researchers are already building on CRISPR to create new gene editing systems. For example, a system known as prime editing builds on the knowledge of CRISPR/CAS9 to directly exchange one piece of the DNA with another, which is known as base editing.

How mature is it?

Since its development in 2012, CRISPR has generated significant excitement because it is faster, cheaper, more accurate, and more efficient than prior methods. As a result, interest has grown rapidly, and CRISPR is now used extensively in thousands of laboratories worldwide.

Further, CRISPR-based treatments for certain diseases, including sickle cell anemia and some types of cancer, are currently in clinical trials. However, CRISPR has not yet been approved by the U.S. Food and Drug Administration (FDA) for medical uses, nor has FDA issued regulations on food safety for crops edited with CRISPR. 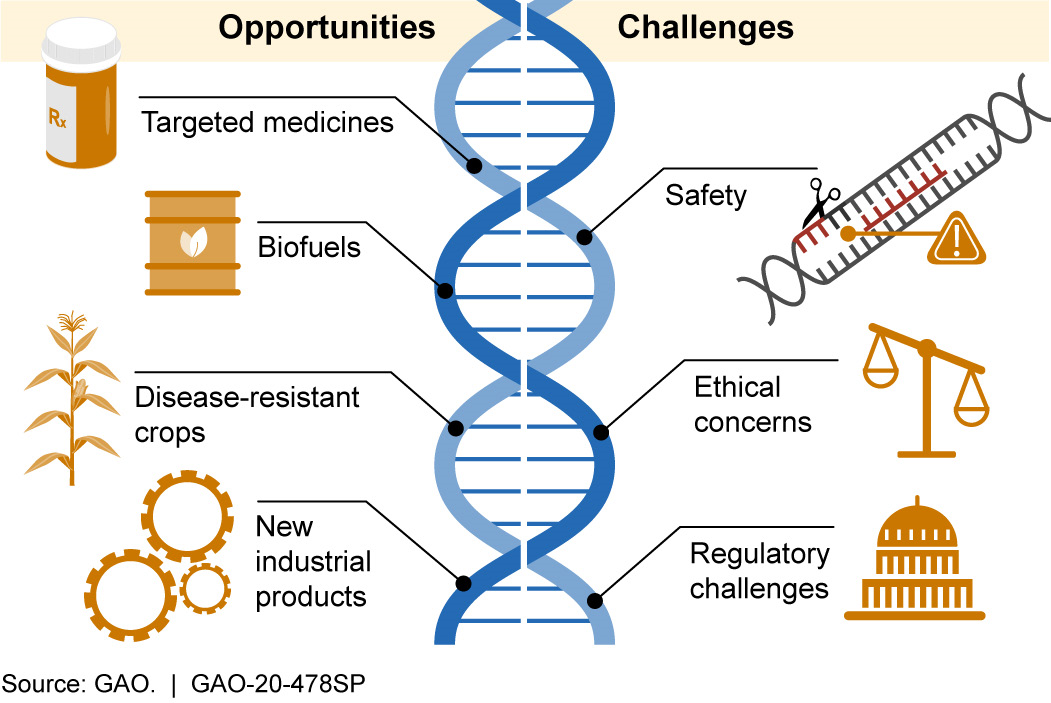 Figure 2.  Examples of CRISPR’s range of possible opportunities and challenges.

CRISPR has the potential to help create more advanced products in many sectors that have a major impact on society. Examples include:

CRISPR gene editing has also raised concerns in areas such as safety, ethics, and regulation. Examples include:

CRISPR: A Technology That Could Help In the Fight Against COVID-19

As work continues around the globe to diagnose and treat patients with COVID-19 (coronavirus), today...
Blog Post