Forced labor is a global problem affecting millions of people, according to the United Nations. U.S. law prohibits imports produced with forced labor, including seafood.

Customs and Border Protection, responsible for enforcement, established a forced labor division in 2018 to focus on identifying such imports.

CBP uses information from external sources to help identify seafood imports produced with forced labor, but may be missing opportunities to obtain information from those sources. We recommended that CBP better communicate the types of information these sources could collect and submit to CBP, to help with its enforcement efforts. 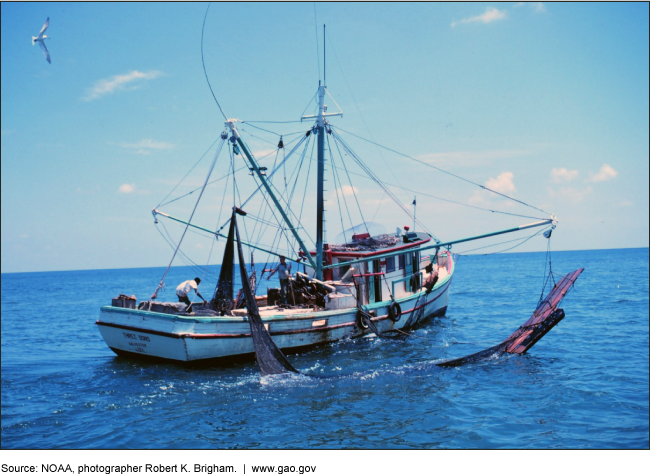 The Department of Homeland Security's U.S. Customs and Border Protection (CBP) uses a four-phase process to enforce section 307 of the Tariff Act of 1930, which prohibits imports produced with forced labor, including seafood. CBP's Forced Labor Division, established in 2018, largely carries out this process. In phase 1, CBP assesses leads when deciding to initiate a case involving potential forced labor. In phase 2, CBP investigates cases using a variety of information to determine whether evidentiary standards have been met. In phase 3, CBP reviews information for legal sufficiency and, in phase 4, may take action at a port of entry to detain imports in violation by issuing a withhold release order. Between 2016 and March 2020, CBP issued one order for seafood, prohibiting tuna shipments from a specific fishing vessel from entering U.S. commerce.

Imported Goods Await Inspection by U.S. Customs and Border Protection at a Port of Entry 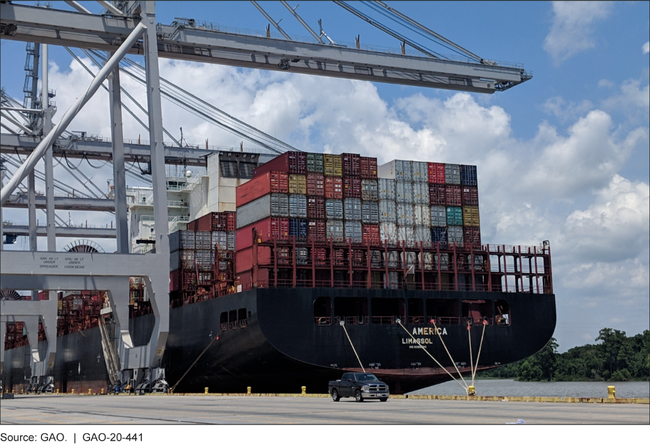 The United States, which relies on imports for most of the seafood it consumes, imported about $40 billion in fishery products in 2018. Seafood imports often involve complex supply chains, which may include forced labor. A 2017 United Nations report estimated that there are 24.9 million people in forced labor around the world, 12 percent of whom work in the agriculture and fishing sectors.

Section 307 of the Tariff Act of 1930, as amended in 2016, prohibits the importation of goods, including seafood, produced or manufactured, wholly or in part, in any foreign country by forced labor, among other things.

GAO was asked to review CBP's enforcement of section 307. This report examines (1) the process CBP uses to enforce section 307 for seafood imports and the results of its civil enforcement actions; and (2) the external sources of information CBP uses to help carry out enforcement of section 307 for seafood imports and stakeholder perspectives on CBP's communication of its information needs. GAO reviewed laws and CBP documents pertaining to section 307 enforcement and interviewed officials from CBP, other federal agencies, and 18 NGO stakeholders. GAO selected NGOs with various goals and missions related to seafood and forced labor.

GAO recommends that CBP better communicate to stakeholders the types of information stakeholders could collect and submit to CBP to help the agency initiate and investigate forced labor cases related to seafood and, as appropriate, other goods. CBP agreed with GAO's recommendation.