The federal government’s Black Lung Disability Trust Fund faces financial challenges and has borrowed billions to cover costs. The Trust pays benefits to certain coal miners when no coal mine operator can be held responsible, or when the liable operator does not pay.

Three mine operator bankruptcies have further strained Trust finances by transferring $865 million in estimated benefit responsibility to the Trust—and more bankruptcies are expected.

In the report on which this testimony is based, we made 3 recommendations to the Department of Labor calling for better oversight of mine operator insurance to help limit future federal liability. 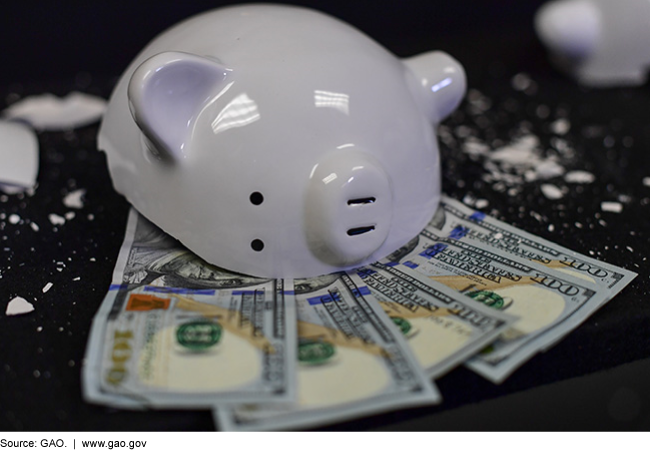 Coal mine operator bankruptcies have led to the transfer of about $865 million in estimated benefit responsibility to the federal government's Black Lung Disability Trust Fund (Trust Fund), according to DOL estimates. The Trust Fund pays benefits when no responsible operator is identified, or when the liable operator does not pay. GAO previously testified in June 2019 that it had identified three bankrupt, self-insured operators for which benefit responsibility was transferred to the Trust Fund. Since that time, DOL's estimate of the transferred benefit responsibility has grown—from a prior range of $313 million to $325 million to the more recent $865 million estimate provided to GAO in January 2020. According to DOL, this escalation was due, in part, to recent increases in black lung benefit award rates and higher medical treatment costs, and to an underestimate of one company's (Patriot Coal) future benefit claims.

DOL's limited oversight of coal mine operator insurance has exposed the Trust Fund to financial risk, though recent changes, if implemented effectively, can help address these risks. In overseeing self-insurance in the past, DOL did not: estimate future benefit liability when setting the amount of collateral required to self-insure; regularly review operators to assess whether the required amount of collateral should change; or always take action to protect the Trust Fund by revoking an operators' ability to self-insure as appropriate. In July 2019, DOL began implementing a new self-insurance process that could help address past deficiencies in estimating collateral and regularly reviewing self-insured operators. However, DOL's new process still lacks procedures for its planned annual renewal of self-insured operators and for resolving coal operator appeals should operators dispute DOL collateral requirements. This could hinder DOL from revoking operators' ability to self-insure should they not comply with DOL requirements. Further, for those operators that do not self-insure, DOL does not monitor them to ensure they maintain adequate and continuous commercial coverage as appropriate. As a result, the Trust Fund may in some instances assume responsibility for paying benefits that otherwise would have been paid by insurers.

In May 2018, GAO reported that the Trust Fund, which pays disability benefits to certain coal miners, faced financial challenges. The Trust Fund has borrowed from the U.S. Treasury's general fund almost every year since 1979 to make needed expenditures. GAO's June 2019 testimony included preliminary observations that coal operator bankruptcies were further straining Trust Fund finances because, in some cases, benefit responsibility was transferred to the Trust Fund.

This testimony is based on GAO's report being released today, and describes (1) how coal mine operator bankruptcies have affected the Trust Fund, and (2) how DOL managed coal mine operator insurance to limit financial risk to the Trust Fund. In producing this report, GAO identified coal operators that filed for bankruptcy from 2014 through 2016. GAO analyzed information on commercially-insured and self-insured coal operators, and examined workers' compensation insurance practices in four of the nation's top five coal producing states. GAO also interviewed DOL officials, coal mine operators, and insurance company representatives, among others.

GAO made three recommendations to DOL to establish procedures for self-insurance renewals and coal operator appeals, and to develop a process to monitor whether commercially-insured operators maintain adequate and continuous coverage. DOL agreed with these recommendations.