The 2007-09 financial crisis resulted in millions of foreclosures and demographic changes—making renter households more common. We looked at declining rent affordability since then, but before COVID-19.

Rent burden was most common and most severe among lower-income households, with most of the poorest households paying over half of their income to rent. Affordability has declined because the supply of low-cost rental units hasn’t kept up with demand.

With more competition for affordable rentals, low income and rent-burdened households in 2017 were more likely to have to rent units with issues like water leaks, rodents, or heating problems. 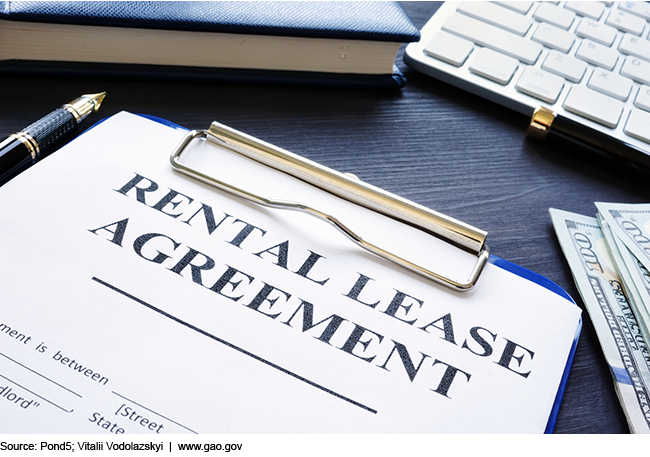 In 2017, almost 7 million more households rented their homes than in 2001, which brought the share of households that rent from an estimated 34 percent to 36 percent. Renting became more common after the 2007–2009 financial crisis as foreclosures and changes in household characteristics reduced the proportion of homeowners. Renting was more prevalent across most age and race/ethnicity groups in 2017 than in 2001, with notable increases among higher-income households.

Rental affordability declined from 2001 to 2017. In 2017, 48 percent of renter households were rent burdened—that is, they paid over 30 percent of income for rent—which is 6 percentage points higher than in 2001. Rent burden was most common and most severe among lower-income households (80 percent or less than area median income), with almost three-quarters of extremely low-income households (30 percent or less than area median income) paying over half of their income in rent (see figure). Affordability declined because of a range of factors, including more households competing for rental units and the supply of low-cost rental units not keeping up with demand.

Note: Estimates in this figure have a margin of error of ±2 percentage points or fewer, at the 95 percent confidence level.

An estimated 15 percent of rental units in 2017—more than 5 million—had substantial quality issues (such as cracked walls and the presence of rodents) or lacked essential components of a dwelling (such as heating equipment or hot and cold running water), according to GAO's analysis of American Housing Survey data. The share of units with deficiencies was relatively stable from 2001 to 2017. Serious deficiencies more often affected households with extremely low incomes or rent burdens. In addition, lower-income households rented approximately two-thirds of the units with substantial quality issues and nearly 80 percent of units lacking essential components.

Since the 2007–2009 financial crisis, growth in the share of renter households has reversed a decades-long trend toward homeownership. This change has underscored concerns about the availability, affordability, and condition of rental housing, especially for low-income households. The federal government subsidizes rents for around 4.4 million households per year, but more households qualify for assistance than receive it.

GAO was asked to provide a comprehensive assessment of the housing market. This report examines trends in the housing market prior to the COVID-19 pandemic and does not account for the profound impact it will likely have on renter households. This report, one of several GAO plans to issue, focuses on rental housing from 2001 through 2017 and analyzes (1) the share of households that rent, (2) the affordability of rental housing, and (3) rental housing conditions. GAO analyzed American Community Survey and American Housing Survey data from 2001 through 2017 (the most recent data available at the time of this review) at the national level and for different types of localities. GAO also reviewed recent reports by the Department of Housing and Urban Development (HUD), research organizations, and academic researchers on rental housing and obtained views from a variety of stakeholders selected for their knowledge of these issues, including federal agency officials, academic experts, research organizations, and industry groups.

Over the past several years, GAO has been asked to examine various racial inequalities in economic...
Blog Post