Over 1.2 million foreign students studied—with many contributing to important research—at U.S. universities in 2018. But there is a risk they may “export” sensitive knowledge that they gain to their home countries.

The Departments of State and Commerce share guidance with exporters, including universities, to help them comply with export control regulations and safeguard controlled data and technologies that may be shipped overseas or shared with foreign nationals in the U.S. However, we found that this guidance doesn’t address issues most relevant to universities.

Our 4 recommendations include improving guidance and outreach to universities. 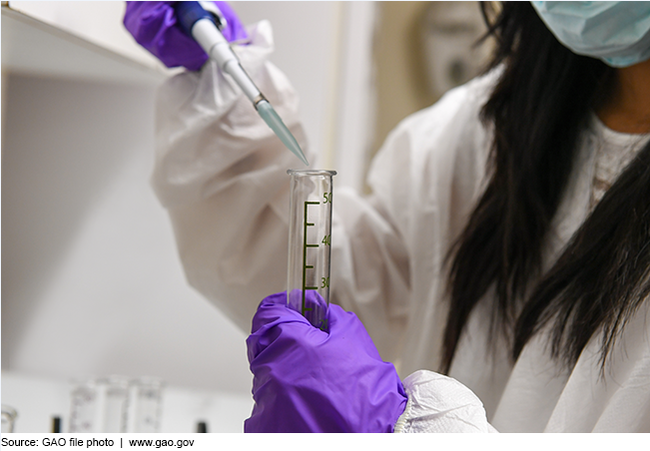 The Departments of State (State) and Commerce (Commerce) have each provided guidance and outreach to support exporters' understanding of and compliance with their separate export control regulations. Exporters, including universities, are subject to these regulations if they ship export-controlled items overseas or if they share such items, including technology or source code, with foreign persons in the United States. University and association officials raised concerns that State and Commerce guidance and outreach does not adequately address export compliance issues that are more common to universities than to industry, such as fundamental research—i.e., research that is ordinarily published and not subject to export control regulations. Without additional guidance and outreach that addresses such issues, universities may not have the information they need to adequately comply with these regulations and properly safeguard export-controlled items.

Officials from selected universities and university associations identified three export control-related challenges in working with other federal agencies. For example, university and association officials asserted that Department of Defense (DOD) officials misunderstand the term fundamental research, which may limit universities' ability to conduct research for DOD. DOD acknowledged that some officials have inconsistently interpreted the regulations and that it has not yet fully addressed this challenge. Additionally, university and association officials expressed concerns that threat briefings and other guidance that the Federal Bureau of Investigation (FBI) and Department of Homeland Security provide are not helpful because, for example, they do not contain unclassified information that can be shared widely. To address these concerns, the FBI partnered with a university association to produce a series of unclassified “awareness-raising” materials for university audiences, among other efforts.

Number of Foreign Students at U.S. Universities in 2018, by Country

Over 1.2 million foreign students studied at U.S. universities in 2018 (see fig.). Although foreign students and scholars contribute to U.S. research, there is a risk that they will “export” sensitive knowledge they gain to their home countries. To mitigate this risk, the U.S. government implements export controls.

GAO is making four recommendations, including that State and Commerce should improve their export control guidance and outreach, which may help address gaps in university export control compliance practices. GAO also recommends that DOD take steps to ensure its officials consistently interpret export control regulations. State, Commerce, and DOD concurred with the recommendations.