GAO’s protocols dictate how we work with the federal agencies we audit. For instance, agencies are required to schedule an initial meeting (an entrance conference) with us within 14 calendar days of receiving notice that we are about to begin a new audit.

In previous years, DOD has had trouble meeting this deadline. However, we began 35 new audits that involved DOD in the first quarter of fiscal year 2020, and DOD scheduled 25 initial meetings within the deadline.

DOD communicated with us in a timely manner regarding unavoidable delays (such as federal holidays) in scheduling the rest of the meetings. 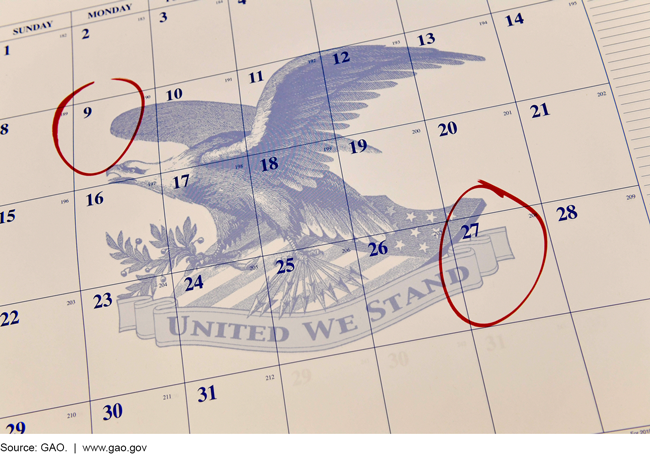 GAO began 35 new audits that involved the Department of Defense (DOD) in the first quarter of fiscal year 2020. GAO found that DOD generally scheduled entrance conferences within 14 days and held those entrance conferences within 30 days of notification, with the exception of audits for which notifications letters were sent by GAO to DOD in mid-December through the end of the calendar year.

Of the 35 requests for entrance conferences, 25 were scheduled within 14 days of notification and 10 were scheduled more than 14 days after notification. Prior to mid-December 2019, two audits exceeded the 14 day scheduling requirement. DOD officials stated that these delays occurred because it was difficult to coordinate the schedules of critical collateral action officers. For audits beginning in mid-December, 8 exceeded the 14 days scheduling notification requirement. DOD officials stated that these audits experienced delays due to the need for additional scheduling time as a result of federal holidays and annual leave plans of DOD and GAO officials.