When hospice patients die at home, they often leave behind commonly misused controlled substances, such as oxycodone. A 2018 law allows employees of qualified hospice programs to collect and destroy these drugs. This report describes selected home hospices’ disposal practices and the challenges they face.

Hospice representatives identified best practices such as having a disposal witness and using lock boxes to limit drug access. Challenges include the cost of certain disposal methods, a lack of required disposal witnesses, and inconsistencies between state and federal laws over which hospice employees may dispose of controlled substances. 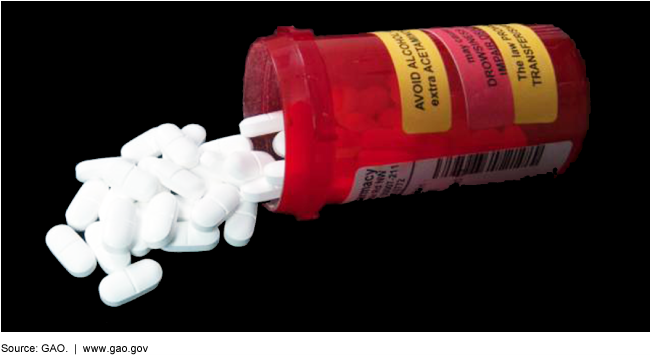 Three of the seven hospices GAO contacted operate in states without such laws. Officials from two of these hospices told us their hospices began disposing of patients' controlled substances in their homes following the enactment of the SUPPORT Act in 2018. However, one hospice had not begun disposing of these medications because the state department of health directed it not to do so until a state law granting disposal authority to hospices had been enacted. An official from that hospice said that it continued the practice of leaving the controlled substances in the home and educating family members about how to dispose of the drugs themselves.

The Departments of Justice and Health and Human Services provided technical comments on a draft of this report, which GAO incorporated as appropriate.

Misuse of controlled substances continues to be a serious public health problem in the United States. Most commonly misused controlled substances include opioids (such as oxycodone), which are used to treat pain, and central nervous system depressants (such as diazepam), which are used to treat anxiety and sleep disorders. These types of drugs are commonly prescribed for patients in hospice care.