Pepper spray can be used in prisons to control incidents that lead to injuries or deaths of workers and inmates.

In September 2018, the Bureau of Prisons decided it wouldn’t use pepper spray at minimum security prisons, but didn’t document a reason. Bureau officials said it was likely because of public perception, and because minimum security inmates are usually nonviolent offenders.

The Bureau has a database that tracks incidents—e.g., fights, assaults—at minimum security prisons. Pepper spray costs $7-14 per can, plus additional costs for training on its use.

We recommend that the Bureau use incident and cost data to reevaluate its decision. 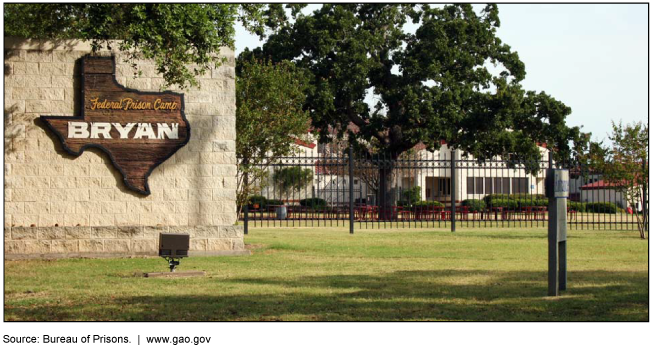 Pepper spray is an effective tool for reducing the time needed to control incidents involving inmates and for reducing any related injury to Bureau of Prisons (BOP) employees, according to a 2012 BOP pilot study and BOP officials interviewed by GAO. BOP first issued pepper spray to employees in high security prisons in August 2012 and to medium, low, and administrative security prisons in subsequent years. Officials estimated that a canister of pepper spray costs $7 to $14. However, the total cost to purchase pepper spray and train employees on its use is not readily available because purchases are tracked at the prison level, and pepper spray training costs are commingled with other training costs.

BOP officials rated the following factors as having the most significant impact on BOP employee safety, as shown in the figure below. BOP officials stated that they are taking steps to mitigate factors impacting safety.

Most Significant Factors That Impact BOP Employee Safety, as Identified by BOP Officials 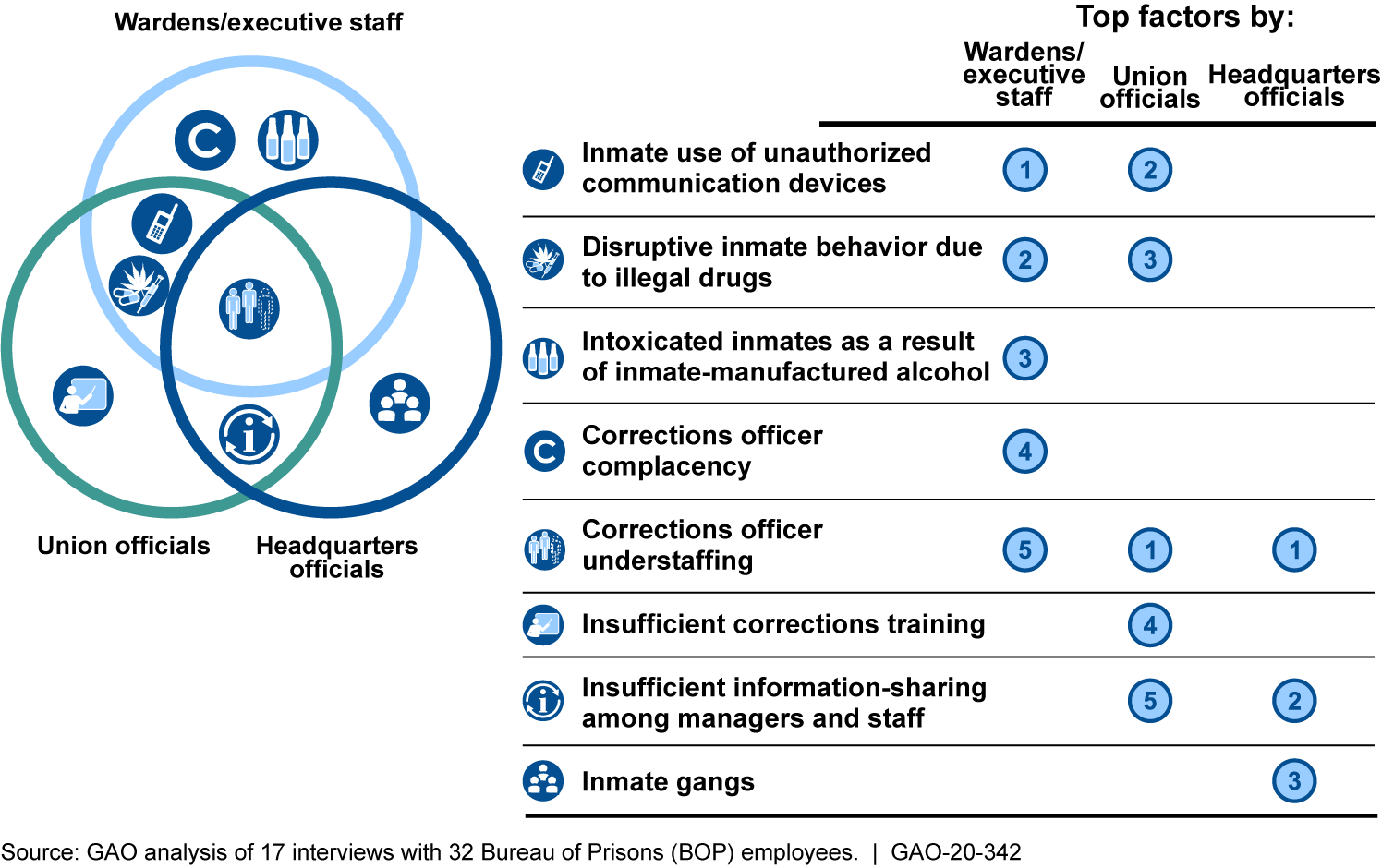 Within the Department of Justice, BOP is responsible for housing male and female federal inmates at 122 prisons in a safe environment for staff and inmates. Pepper spray is one of the methods BOP employees use to enhance their safety. The Eric Williams Correctional Officer Protection Act of 2015 includes a provision for GAO to examine certain matters related to the issuance of pepper spray to officers and employees in BOP prisons.

This report addresses (1) what is known about the effectiveness and cost of issuing pepper spray in BOP's high, medium, low, and administrative security prisons; (2) BOP's position on expanding the issuance of pepper spray to minimum security prisons and the support used to make this decision; and (3) the challenges, if any, BOP officials identified as affecting the safety of BOP employees and the steps, if any, BOP has taken to address them. To address these objectives, GAO reviewed BOP policies, guidance, incident reports, and cost data on pepper spray use and interviewed knowledgeable officials at BOP headquarters and nine prisons at three locations, selected to represent varying security levels and other characteristics.

GAO recommends that BOP conduct an analysis to determine if its decision to not issue pepper spray to minimum security prisons should remain in effect. The Department of Justice concurred with the recommendation.