The Bureau of Land Management manages oil and gas development on federal lands and processes drilling applications. Each year it receives more applications than it can review. It also approves more permits than operators use.

While the application backlog has improved—with review times dropping by more than half from May 2016-June 2019—we found problems with the data system used to track applications. Users are dissatisfied with how it works and we found, in some cases, records have been lost.

Among other things, we recommended that the Bureau improve the data system used to track applications. 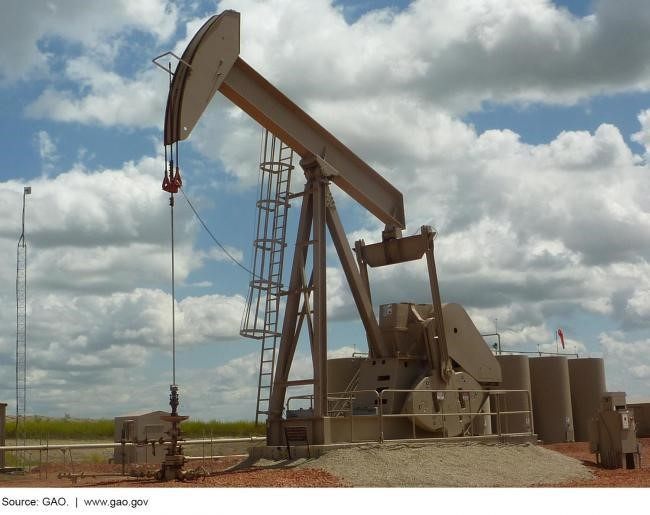 From fiscal years 2014 through 2019, the Bureau of Land Management (BLM) received 23,706 applications for permit to drill (APDs) from oil and gas operators. Various factors—including economics, infrastructure, and lease terms—influenced operators' decisions to apply for and use APDs.

For APDs BLM received from May 2016 through June 2019, overall review times decreased from 196 days to 94 days, or by more than half. Various factors—including the practice in some BLM field offices of working with oil and gas operators to prioritize APDs for review—may have affected this change. Working with operators to prioritize APDs for review provides an opportunity for regular communication between BLM field office officials and operators, allowing both parties to focus on APDs for wells operators actually plan to drill. However, BLM officials said that field offices handle APD review prioritization differently and there is no documented process for whether or how to prioritize applications, despite an agency memorandum encouraging prioritization. More consistent prioritization would allow operators to signal which APDs are likely to be used soonest and therefore allow BLM offices to use its limited staff more efficiently.

Changes to BLM's data management system resulted in some improvements to the APD review process, but users—including BLM officials and selected operators—cited challenges. The redesigned system consists of multiple modules—BLM implemented the APD module first and plans to implement the remaining modules in calendar year 2020. BLM field office officials and operators reported that the redesigned system created a more streamlined process and greater transparency. However, users also reported challenges with system design and rollout, including lost APD records and supporting documents and difficulty following the APD review process. Further, BLM did not follow certain leading information technology practices in implementing the new data system—including documenting change management processes and an action plan to take corrective action based on lessons learned—in part because it has been focused on the rollout of the new system. Documenting these processes and plans could help BLM mitigate the risk of challenges associated with future investments and upgrades, including the rollout of the remaining modules.

BLM has key responsibilities in managing the development of oil and gas resources on federal lands, including processing APDs. Each year, BLM receives more APDs than it can review. At the same time, BLM approves more APDs than operators use in a given year. In 2015, BLM redesigned its data system, in part to address ongoing challenges with the permit process.