A 2018 study in the American Journal of Public Health found that minority and low-income communities across the country are disproportionately exposed to industrial, waste disposal, or other facilities that emit harmful air pollution.

Environmental justice efforts seek to address these and other disproportionate risks by involving these communities in environmental policy and ensuring fair treatment. 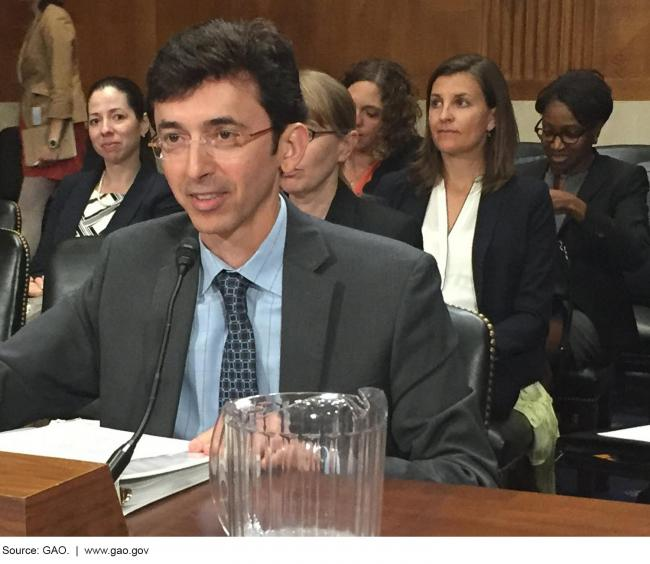 As GAO reported in September 2019, most of the 16 member agencies of the Interagency Working Group on Environmental Justice reported planning and implementing some actions to identify and address environmental justice issues, such as creating data tools, developing policies or guidance, and building community capacity through small grants and training. For example, the Environmental Protection Agency (EPA) created a mapping tool that can help identify low-income and minority communities exposed to health or environmental risks. Most of the agencies supported their efforts with funds and staff from related programs, but EPA and the Department of Energy provided funds (totaling $8.3 million in fiscal year 2018) and staff specifically for environmental justice.

Agencies’ progress in identifying and addressing environmental justice issues related to their missions is difficult to gauge. Most of the agencies do not have updated strategic plans and have not reported annually on their progress or developed methods to assess progress, as they agreed to do by signing a 2011 memorandum of understanding (MOU). Of the 16 agencies that signed the MOU, 14 have issued strategic plans. However, although the MOU directs the agencies to update their strategic plans periodically, only six of these 14 agencies have done so since 2011. Furthermore, most of these 14 agencies have not consistently issued annual progress reports. In September 2019, GAO recommended that nine agencies develop or update their strategic plans and that 11 develop annual progress reports. Eight agencies agreed and one partially agreed, one agreed with one recommendation but disagreed with another, one disagreed, and three did not state if they agreed or disagreed.

GAO also found that while four agencies, including EPA, have established performance measures or milestones for assessing progress toward goals, the other 12 have not done so. Agency officials said guidance from the working group on how to do so would be helpful. The 1994 executive order directs the working group to provide guidance to agencies in developing their environmental justice strategies, but the group has not provided specific guidance on what agencies should include in their strategic plans or on methods to assess and report on environmental justice progress. In September 2019, GAO recommended EPA develop such guidance or create a working group committee to do so, and EPA agreed.

The interagency working group has coordinated to some extent but does not have a strategic approach, and member agencies are not fully participating. Specifically, the group’s organizational documents do not provide strategic goals with clear direction for the committees. Furthermore, 11 of the 16 signatory agencies have not chaired or co-chaired one of the committees, and four have not participated in any. In September 2019, GAO recommended EPA update the 2011 MOU and clearly establish strategic goals for federal efforts to carry out the executive order. EPA disagreed, but GAO continues to believe these actions are necessary.

Environmental justice seeks to address the disproportionately high distribution of health and environmental risks among low-income and minority communities by seeking their fair treatment and meaningful involvement in environmental policy.

GAO made 24 recommendations in its September 2019 report, including that agencies update their environmental justice strategic plans and report on their progress annually. GAO recommended that EPA, as chair of the working group, develop guidance on assessing progress and what agencies should include in their strategic plans; coordinate with working group members to develop strategic goals for the group; and update the group’s memorandum of understanding. Of the 15 agencies with recommendations, eight agreed. Other agencies partially agreed, disagreed, or had no comment. GAO continues to support its recommendations.