The National Weather Service is responsible for issuing weather forecasts and warnings to help protect life and property during severe weather events. However, it has faced a number of challenges over the past decade that may hamper its ability to deliver these services.

In response, NWS followed a competitive process to hire a contractor (McKinsey & Company) to analyze its operations and workforce in 2015. We found that McKinsey provided NWS with a range of services, such as an analysis of gaps in the agency’s workforce. It identified a number of challenges with NWS’s operations, including a lack of clarity about the roles of various offices. 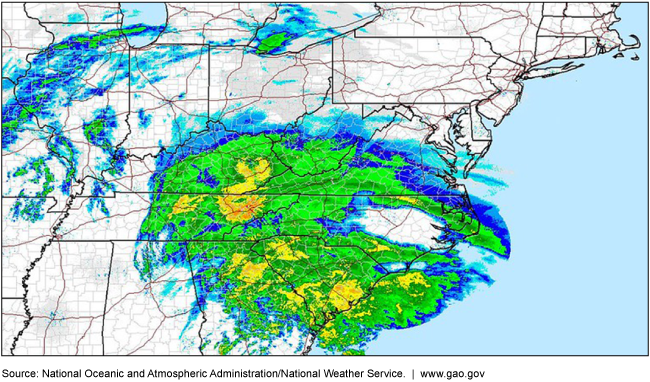 The Department of Commerce’s National Oceanic and Atmospheric Administration (NOAA) followed a competitive process to select a contractor for the Operations and Workforce Analysis (OWA) project. NOAA’s National Weather Service (NWS) initiated this project to, among other things, examine its operations and workforce and develop ideas to help NWS better meet the needs of its core partners, including state and local emergency management agencies, and other stakeholders, such as some utility companies. To select a contractor, NOAA issued a Request for Quotes for a firm-fixed-price task order in December 2014. NOAA received six quotes in response. After evaluating the quotes, NOAA awarded the task order to McKinsey & Company for the OWA project in April 2015.

McKinsey’s work generated 14 findings focused on NWS’s workforce, operating model, and organization, among other things, including findings related to a lack of clarity about the roles of various NWS offices and the need for improved collaboration among offices. McKinsey then facilitated the work of several teams of NWS managers and staff that developed 28 ideas intended to address the findings, including ideas for clarifying roles and developing a collaborative forecast process.

NWS is responsible for issuing weather forecasts and warnings to help protect life and property during severe weather events such as tornadoes, hurricanes, and winter storms. Over the past decade, reports by the National Academy of Sciences and others have identified challenges facing NWS that may hamper the agency’s ability to deliver its services, including challenges related to the agency’s operations and workforce. Partially in response to these reports, NWS initiated the OWA project in 2015.