According to the U.S. Commission on Civil Rights, the federal government inadequately supports Native Americans’ physical, social, and economic well-being. Inefficient delivery of federal services is one factor.

We testified that a high number of staff vacancies, inadequate funding, management weaknesses, and other factors prevent key agencies—the Bureau of Indian Affairs, the Bureau of Indian Education, and the Indian Health Service—from providing effective services.

Federal management of programs that serve tribes is on our High Risk List, and 60 of more than 90 recommendations we’ve made for high risk and other areas remain open. 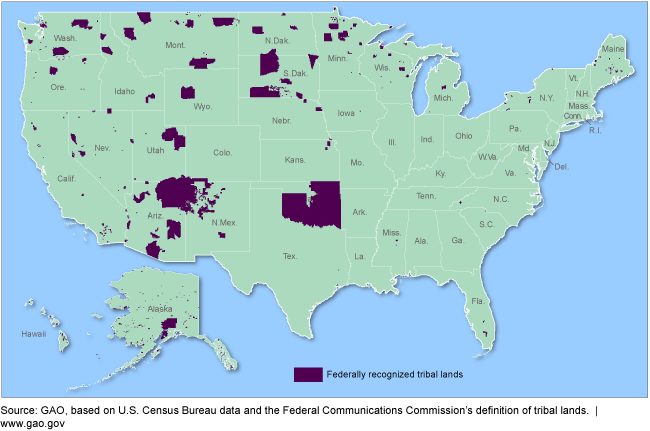 GAO previously reported that constraints in federal agency capacity and funding and budget uncertainty limit effective delivery of some federal programs and activities serving tribes. Key federal agencies serving tribes include the Department of the Interior's Bureau of Indian Affairs (BIA) and Bureau of Indian Education (BIE), and the Department of Health and Human Services' Indian Health Service (IHS). For example:

High staff vacancies and insufficient staff capacity. In February 2017, GAO reported that IHS had over 1,550 vacancies for health care positions in 2016, and IHS officials said that the agency's insufficient workforce was the biggest impediment to providing timely primary care. In addition, GAO's March 2019 high-risk update reported that about 50 percent of all BIE positions had not been filled, according to recent BIE documentation.

Inadequate funding. In January 2019, GAO reported on agency and tribal perspectives on the adequacy of funding and how it impacts federal programs. GAO found that inadequate program funding to meet tribal needs (e.g., BIA estimated a funding shortfall at 60 percent for one program in a 2013 report to Congress) may limit tribal options for administering federal programs using self-determination contracts or self-governance compacts. Many tribal stakeholders told GAO that they supplement federal funding when there are shortfalls, which diverts funding from economic development and services provided to their communities.

Effects of budget uncertainty. Budget uncertainty arises during continuing resolutions—temporary funding periods during which the federal government has not passed a budget—and during government shutdowns. In a September 2018 GAO report, IHS officials and tribal representatives described the effects of budget uncertainty on their health care programs and operations. GAO reported that these effects include recruitment and retention of staff challenges and additional administrative burden and cost for both tribes and IHS.

In GAO's prior reports and March 2019 high-risk update, GAO found that management weaknesses at some federal agencies limit the effective delivery of some federal programs serving tribes. For example:

Management weaknesses . In June 2015, GAO found shortcomings in BIA's management of energy development permitting processes that led to lengthy reviews and negatively impacted energy development on tribal lands. Among other things, GAO recommended that BIA develop a process to track its review and response times. BIA has taken initial steps to develop system enhancements to capture key dates during the review and approval process for energy development documents.

As Congress affirmed in the Indian Trust Asset Reform Act, the United States has undertaken a unique trust responsibility to protect and support Indian tribes and Indians. Thus, federal agencies have many programs that provide services to tribes. However, in 2018, the U.S. Commission on Civil Rights found that, due to a variety of reasons—including historical discriminatory policies, insufficient resources, and inefficient federal program delivery—Native Americans continue to rank near the bottom of all Americans in terms of health, education, and employment. In February 2017 GAO designated federal management of programs that serve tribes in education, health care and energy as high risk. This designation is neither reflective of the performance of programs administered by tribes nor directed at tribal activities.

This testimony, which is based on reports GAO issued from June 2015 through March 2019 primarily related to education, health care, and energy development, provides examples of (1) capacity and funding constraints and budget uncertainty and (2) management weaknesses that limit the effective delivery of federal programs for tribes and their members.

GAO has made more than 50 recommendations related to its high- risk area and more than 40 recommendations for tribal water infrastructure, tribal self-governance and tribal consultation of which 60 recommendations are open. Sustained focus by the respective agencies and Congress on these and other issues are essential to continued progress.