To protect vulnerable nursing home residents from abuse, the Centers for Medicare & Medicaid Services (CMS) contracts with state agencies—known as survey agencies—that can cite nursing homes for incidents of abuse.

Our June 2019 report found that, while abuse in nursing homes is often underreported, abuse citations more than doubled from 2013-2017. We also found gaps in CMS’s oversight that made it harder to protect residents and we made six recommendations to address this.

This statement for the record updates the status of these recommendations and others from prior GAO reports that examined the health and welfare of the elderly. 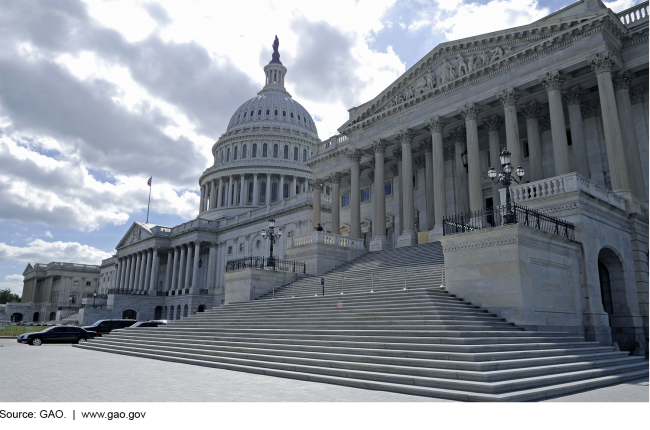 The Centers for Medicare & Medicaid Services (CMS) is responsible for ensuring nursing homes meet federal quality standards, including that residents are free from abuse. CMS enters into agreements with state survey agencies to conduct surveys of the state's homes and to investigate complaints and incidents.

GAO's June 2019 report found that, while abuse deficiencies cited in nursing homes were relatively rare from 2013 through 2017, they more than doubled during that time, increasing from 430 in 2013 to 875 in 2017, with the largest increase in severe cases. In light of the increased number and severity of abuse deficiencies, it is imperative that CMS have strong nursing home oversight in place to protect residents from abuse. However, GAO found oversight gaps that may limit the agency's ability to do so. Specifically, GAO found:

(2) Facility-reported incidents lack key information. Despite federal law requiring nursing homes to self-report allegations of abuse and covered individuals to report reasonable suspicions of crimes against residents, CMS has not provided guidance to nursing homes on what information they should include in facility-reported incidents, contributing to a lack of information for state survey agencies and delays in their investigations. GAO made a recommendation that CMS develop guidance on what abuse information nursing homes should self-report and HHS concurred. As of November 2019, HHS had not implemented the recommendation.

(3) Gaps exist in the CMS process for state survey agency referrals to law enforcement. GAO found gaps in CMS's process for referring incidents of abuse to law enforcement. These gaps may limit CMS's ability to ensure that nursing homes meet federal requirements for residents to be free from abuse. Specifically, GAO identified issues related to (1) referring abuse to law enforcement in a timely manner, (2) tracking abuse referrals, (3) defining what it means to substantiate an allegation of abuse—that is, the determination by the state survey agency that evidence supports the abuse allegation, and (4) sharing information with law enforcement. GAO made four recommendations to address these gaps and HHS concurred. As of November 2019, HHS had not implemented these recommendations.

Nationwide, about 1.4 million elderly or disabled individuals receive care in more than 15,500 nursing homes. CMS, an agency within the Department of Health and Human Services (HHS), defines standards nursing homes must meet to participate in the Medicare and Medicaid programs.

Nursing home residents often have physical or cognitive limitations that can leave them particularly vulnerable to abuse. Abuse of nursing home residents can occur in many forms—including physical, mental, verbal, and sexual—and can be committed by staff, residents, or others in the nursing home. Any incident of abuse is a serious occurrence and can result in potentially devastating consequences for residents, including lasting mental anguish, serious injury, or death.

This statement summarizes GAO's June 2019 report, GAO-19-433. Specifically, it describes: (1) the trends and types of abuse in recent years, and (2) CMS's oversight intended to ensure residents are free from abuse. It also includes a brief summary of findings and recommendations from this June 2019 report and prior GAO reports that examined the health and welfare of the elderly in multiple settings, and the status, as of November 2019, of HHS's efforts to implement the recommendations GAO made.