Drugs that treat certain tropical diseases, rare pediatric diseases and illnesses related to public health emergencies are essential—but they may not be the most profitable to make.

When drug developers make these kinds of drugs, FDA can award them “priority review vouchers.” Drug developers can redeem a voucher to speed up FDA review of a future—potentially more profitable—drug. Vouchers can also be sold to other developers.

Some studies found that these vouchers had little or no effect on drug development, but all 7 drug developers we spoke to indicated that the vouchers were a factor in their decisions. 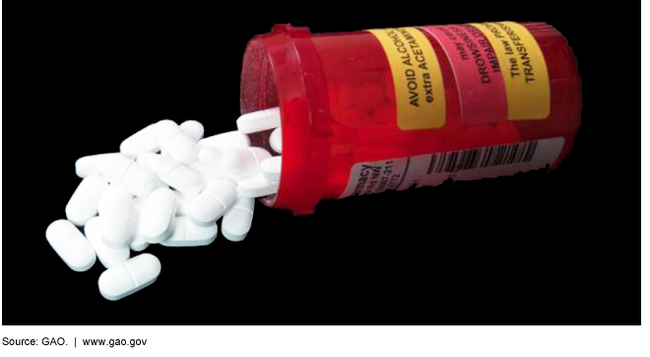 The Food and Drug Administration (FDA) awards priority review vouchers (PRV) to drug sponsors that develop drugs for tropical diseases or rare pediatric diseases or to use as medical countermeasures. The PRV—which can be sold to another drug sponsor—may be redeemed later to receive priority review from FDA with a targeted review time of 6 months, rather than the 10-month standard review, for a drug application of the PRV holder's choice. The potential for additional revenue from either marketing a drug about 4 months sooner or from selling the PRV could provide an incentive for drug sponsors to develop drugs for these diseases or conditions. From fiscal year 2009, when the first PRV was awarded, through fiscal year 2019, FDA awarded 31 PRVs, mostly for drugs to treat rare pediatric diseases. Of the 31 PRVs awarded by FDA,17 were sold to another drug sponsor for prices ranging from about $67 million to $350 million, according to available data. As of September 30, 2019, available data show that drug sponsors had redeemed 16 of the 31 PRVs to obtain a shorter FDA review time for drugs to treat conditions and diseases such as human immunodeficiency virus (HIV), type 2 diabetes, and different forms of arthritis. These drug applications may not otherwise qualify for priority review.

GAO found few studies that examined the PRV programs, and those that did found the programs had little or no effect on drug development. However, all seven drug sponsors GAO spoke with stated that PRVs were a factor in drug development decisions—six sponsors said they were one of a number of factors, while one sponsor said they were pivotal in its development of a drug. Some academic researchers and stakeholders expressed concerns about the PRVs as incentives for drug development, including the potential for the expected revenue from the sale of a PRV to decline as more are awarded and available for sale.

Few drugs are currently available to treat certain tropical and rare pediatric diseases and to use as medical countermeasures, given their small market or potentially limited profitability. To help provide incentives for the development of such drugs, Congress created three PRV programs, which award PRVs to drug sponsors that develop drugs for tropical diseases, rare pediatric diseases, and medical countermeasures (e.g., drugs to mitigate harm from biological, chemical, radiological, or nuclear agents). FDA, an agency within the Department of Health and Human Services (HHS), administers these programs.

The 21st Century Cures Act included a provision for GAO to study the PRV programs. GAO examined the number of PRVs awarded and redeemed and the drugs for which they were awarded or redeemed, and what is known about the extent to which the PRVs provide incentives for developing drugs to meet unmet needs. GAO analyzed FDA data on awarded and redeemed PRVs for fiscal years 2009 through 2019 and other publicly available information on their transfers and sales. GAO conducted a literature review of peer-reviewed articles published from January 2009 through May 2019 that examined the PRV programs and interviewed FDA officials. GAO also interviewed seven stakeholder groups, seven academic researchers, and seven drug sponsors selected based on factors such as familiarity with PRV programs or drug development.