Congress funds efforts to bolster democracy abroad as a way to promote American values, national security, and economic opportunity. This has included work aimed at strengthening human rights, independent media, and the rule of law.

The State Department and U.S. Agency for International Development allocated over $8.8 billion for democracy assistance in fiscal years 2015-2018. The agencies coordinate their efforts in various ways and have sought to avoid duplication.

However, State could do a better job sharing information on its democracy assistance projects internally. We recommended it develop a way to do so.

The State Department and USAID coordinated democracy assistance to support elections in Nigeria. 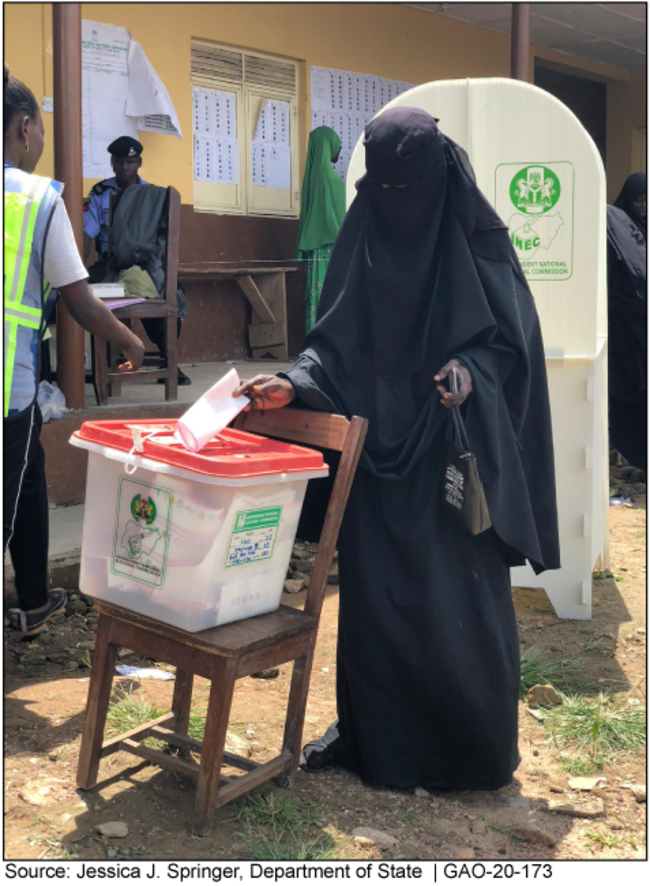 A person casts a vote in a ballot box in Nigeria

The Department of State (State) and U.S. Agency for International Development (USAID) allocated more than $8.8 billion for democracy assistance in fiscal years 2015 through 2018.

aAccording to agency officials, language in the 2015 appropriations act permitted State and USAID to allocate less than the full amount directed to democracy programs by the act.

State and USAID coordinate on democracy assistance in various ways, but embassy officials reported gaps in information about DRL assistance. Examples of coordination mechanisms include budget allocation discussions at headquarters and working groups at embassies to help avoid project duplication. However, State officials in all four selected countries said they generally lacked information about DRL democracy assistance projects, including project descriptions and funding amounts. State's existing information-sharing mechanisms, including data systems and strategies, do not consistently address these gaps. Overseas officials' lack of complete information about DRL's projects may inhibit State's efforts to coordinate with other agencies, implementing partners, and other donors.

GAO recommends that the Secretary of State direct DRL to develop a mechanism for the sharing of democracy assistance project information between DRL and relevant embassy staff. State concurred with GAO's recommendation.