States must determine whether people are eligible for Medicaid. The accuracy of these determinations affects federal and state spending. The Centers for Medicare & Medicaid Services oversees this process.

For decades, CMS hasn’t recouped federal funds from states with eligibility error rates exceeding 3%—but plans to start in FY 2022

CMS updated its national estimate of inaccurate payments due to eligibility errors in November 2019—the first update since the Affordable Care Act required changes to states’ processes. 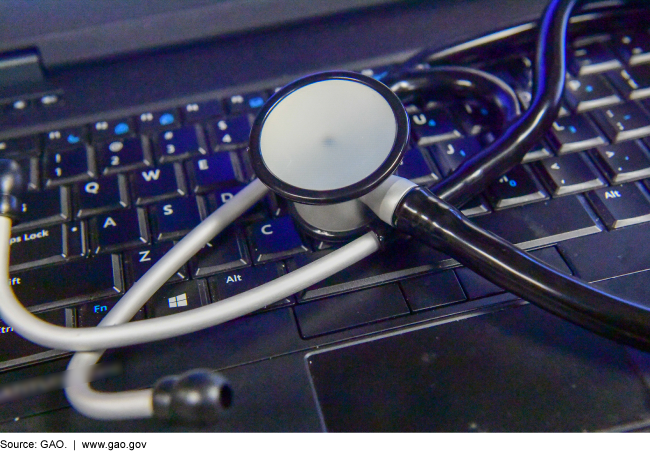 A stethoscope on a laptop keyboard

In lieu of complete and updated data, GAO reviewed 47 state and federal audits published between 2014 and 2018 related to 21 states' eligibility determinations.

The identified accuracy issues did not always result in erroneous eligibility determinations. For example, some audits found

applicants were determined eligible based on incomplete financial information, but when the audits reviewed additional information they found that the applicants still would have been eligible for Medicaid; and

While CMS is generally required to disallow, or recoup, federal funds from states for eligibility-related improper payments if the state's eligibility error rate exceeds 3 percent, it has not done so for decades, because the method it used for calculating eligibility error rates was found to be insufficient for that purpose. To address this, in July 2017, CMS issued revised procedures through which it can recoup funds for eligibility errors, beginning in fiscal year 2022. In addition, the President's fiscal year 2020 budget request includes a legislative proposal to expand the agency's authority to recoup funds related to eligibility errors. During this period of transition, federal and state audits will continue to provide important information about the accuracy of states' eligibility determinations.

In fiscal year 2018, Medicaid covered approximately 75 million individuals at an estimated cost of $629 billion, $393 billion of which were federal funds. Medicaid eligibility is governed by a network of federal and state laws and regulations. In assessing eligibility for Medicaid, states must determine whether applicants meet eligibility criteria, such as financial and citizenship requirements. The accuracy of eligibility decisions has implications for federal and state spending.

The Patient Protection and Affordable Care Act made significant changes to Medicaid eligibility rules beginning in 2014, including new ways of calculating income and new requirements related to electronically verifying applicants' information. Yet, little is known about the accuracy of states' Medicaid eligibility determinations since these changes were implemented.