The technology that allows Bitcoin and other cryptocurrencies to function could profoundly change the way government and industry do business. Distributed ledger technology allows the secure transfer of digital assets without management by a central authority. Instead, participants share synchronized copies of a ledger that records assets and transactions. Changes are visible to all participants.

Questions remain about the technology, including where it may be most useful, how best to regulate it, and how to mitigate its use in illegal activities.

How blockchain, a form of distributed ledger technology, acts as a means of payment for cryptocurrencies. 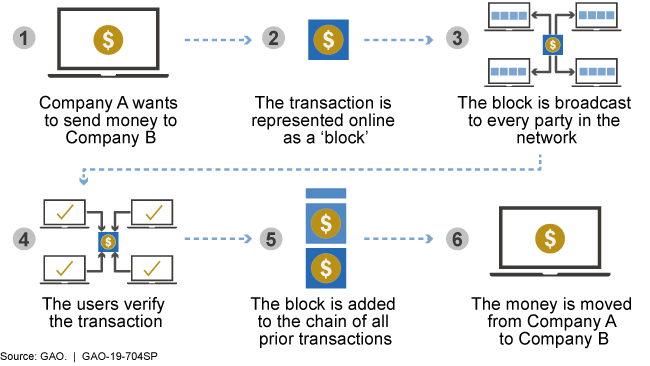 What is it? Distributed ledger technologies (DLT) like Blockchain are a secure way of conducting and recording transfers of digital assets without the need for a central authority. It is "distributed" because multiple participants in a computer network (individuals, businesses, etc.) share and synchronize copies of the ledger. New transactions are added in a manner that is cryptographically secured, permanent, and visible to all participants in near real time.

How does it work? Distributed ledgers do not need a central, trusted authority because as transactions are added, they are verified using what is known as a consensus protocol. Blockchain, for example, ensures the ledger is valid because each "block" of transactions is cryptographically linked to the previous block so that any change would alert all other users. With an agreement on that history, users may then conduct a new transaction with a shared understanding of who has which resource.

How mature is it? Businesses have been using ledgers to record transactions for thousands of years, and a defining characteristic of such ledgers was their reliance on central management. Furthermore, DLT is not a new technology, but an innovative way of using existing, mature technologies. In October 2008, an unknown author using the name Satoshi Nakamoto published a white paper called "Bitcoin – A Peer-to-Peer Electronic Cash System", which is credited as the first theoretical framework of a DLT. In January 2009 the service the paper described was launched. 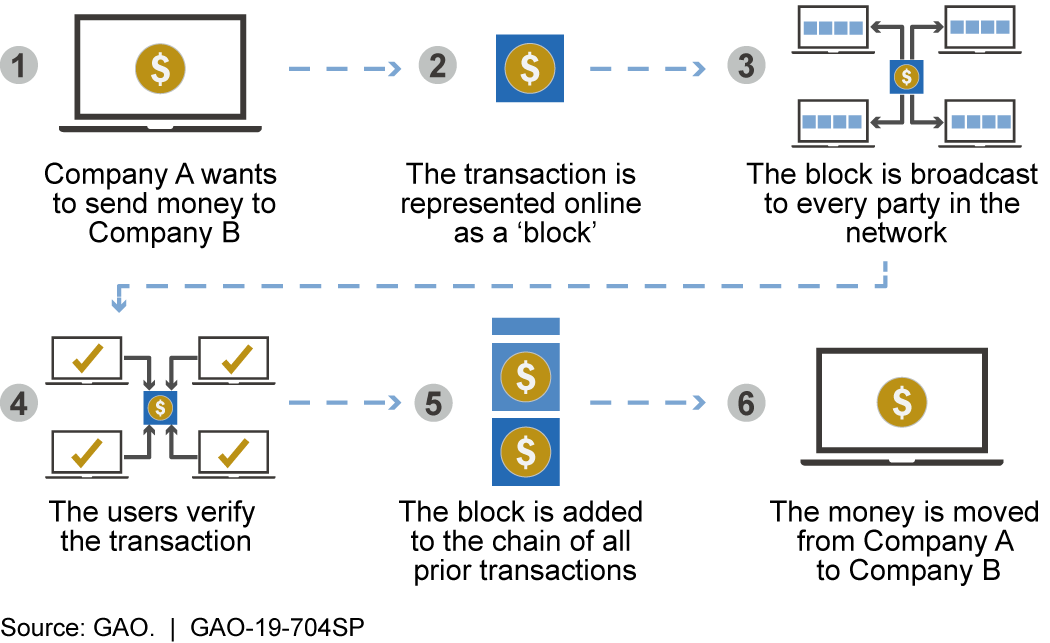 Figure 2. How blockchain, a form of distributed ledger technology, acts as a means of payment for cryptocurrencies.

Cryptocurrencies like Bitcoin are a digital representation of value and represent the best-known use case for DLT. The regulatory and legal frameworks surrounding cryptocurrencies remain fragmented across countries, with some implicity or explicity banning them, and others allowing them.

In addition to cryptocurrencies, there are a number of other efforts underway to make use of DLT. For example, Hyperledger Fabric is a permissioned and private blockchain framework created by the Hyperledger consortium to help develop DLT for a variety of business applications. The consortium is made up of companies such as Airbus, Cisco, American Express, IBM, and Intel.

Figure 3. Permanence and lack of transparency and regulation raise concerns about adoptability.

Distributed ledger technology (e.g. blockchain) allows users to carry out digital transactions without the need for a centralized authority. It could fundamentally change the way government and industry conduct business, but questions remain about how to mitigate fraud, money laundering, and excessive energy use.

DLT use across many sectors is increasing, but challenges remain to widespread adoption. Some key questions for consideration include: